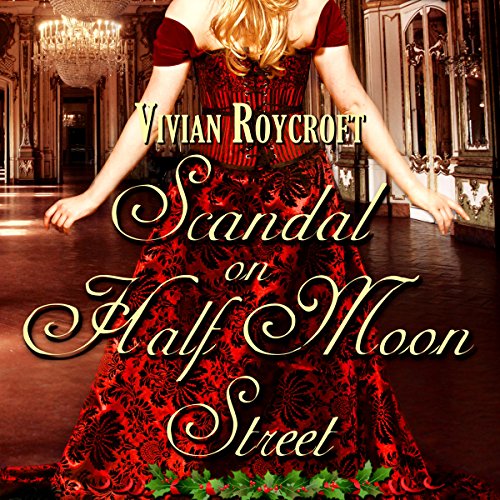 Scandal on Half Moon Street

Scandal on Half Moon Street

All the Honorable Anne Kirkhoven wants is to be wrapped in the arms of the man she loves, Frederick Shaw, Esquire, barrister, solicitor, writer of the best Gothic romance novels in England, and surely a future Member of Parliament. But despite Frederick's many perfections, Anne's mama has forbidden her to speak with him, much less marry him, and until Anne attains her majority, all they can do is wait.

But now the most notorious duke in the ton, Ernst Anton Oldenburg, the First Duke of Cumberland (and some say a foreign prince), is making a public point of assessing her...attributes, sending shivers to portions of her anatomy she'd rather not name. Who's the right man? And will her reputation survive the Duke's assault long enough for her to find out?

What listeners say about Scandal on Half Moon Street