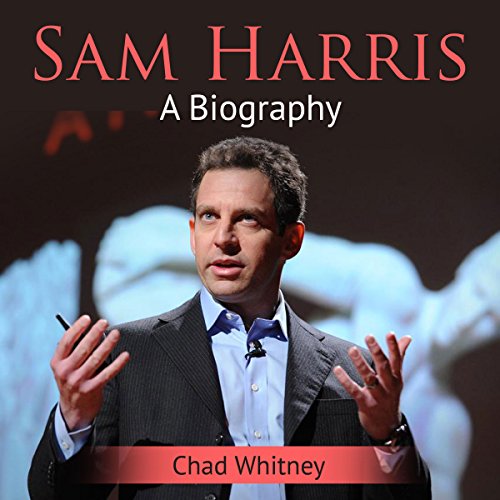 Sam Harris was born Samuel Benjamin Harris on April 9, 1967, in Los Angeles, California. He was born to parents Susan Spivak and Berkeley Harris. His father, Berkeley, was an actor. He appeared in a variety of television and film genres but mostly specialized in Westerns. His most notable film was the 1965 Civil War drama, Shenandoah, which starred Jimmy Stewart. Harris' mother, Susan, worked behind the scenes in television and created a number of shows, including some that became iconic, like The Golden Girls. The Harris' divorced after four years of marriage, when Sam Harris was two years old, and after that, he lived with his mother. As for his early religious education, he had none. His father had a Quaker background, and his mother was Jewish but apparently never practiced. He has described his upbringing as secular.

It is unknown where exactly he attended high school, although he has mentioned multiple times that he was the valedictorian. However, because he was afraid of public speaking, he declined to give the traditional valedictory at graduation. Instead, he lied to the principal, saying that he thought that someone who had been at the school longer should give the speech.

After high school, he went on to Stanford University, where he originally majored in English. However, while at Stanford, he experimented with MDMA, the psychedelic drug more commonly known as ecstasy. His experiences with the drug led him to question experiences and beliefs in his life, specifically those that involved philosophy and religion. He believed that he was having spiritual experiences while on ecstasy and other psychedelics, which led him to wonder if he could have the same kind of experiences while sober. To find out, he left Stanford.

Just sounds like someone shouting a Wikipedia page. Horrible. A terrible representation of a career. This should not be considered listenable content.

I could barely get through ten minutes. Narration is harsh and loud. Not a bio at all