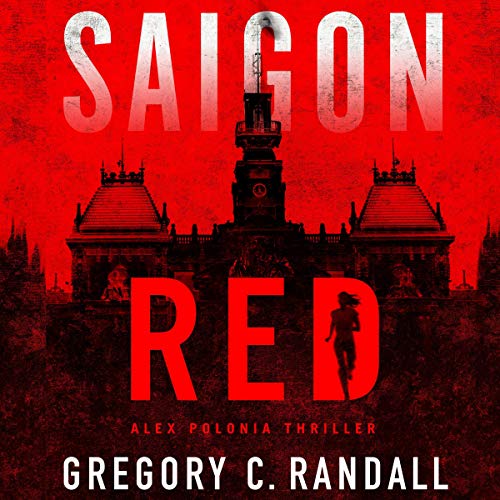 By: Gregory C. Randall
Narrated by: Sadie Alexandru
Try for £0.00

An ex-cop goes to the far side of the world to discover her family’s darkest secrets.

Believed complicit in her ex-husband’s prison escape, Cleveland police detective Alex Polonia is methodically being forced out of the department. Not waiting, she does them one better and resigns, taking on a new profession as a special agent for an international security firm. Her first assignment: bodyguard for the family of Nevio Lucchese, a wealthy Italian industrialist relocating to Ho Chi Minh City.

But Vietnam is where Alex’s unknown past casts a dark shadow - and a mysterious assassin could be hiding in it. Known only as the Ghost, he kills with drone-like precision and eludes all attempts at capture. Most disturbingly, he may hold the key to a love that Alex’s father lost fifty years earlier. Now caught in a dangerous and personal game, Alex must outwit the Ghost to save the Lucchese family and her own family’s reputation.

But when Alex’s ex-husband suddenly shows up, she fears that the entire operation could fail, and that the real enemy is disturbingly close.

“Sometimes you can’t avoid the past. Alex Polonia doesn’t try. She runs smack into it. Saigon Red is good fun, with lots of action, innovative gadgets, and an explosive plot.” --Robert Dugoni, #1 international bestselling author of My Sister’s Grave and The Extraordinary Life of Sam Hell

What listeners say about Saigon Red

Loved it! Some great twists and turns along the way. I didn't want to stop listening! I would highly recommend.