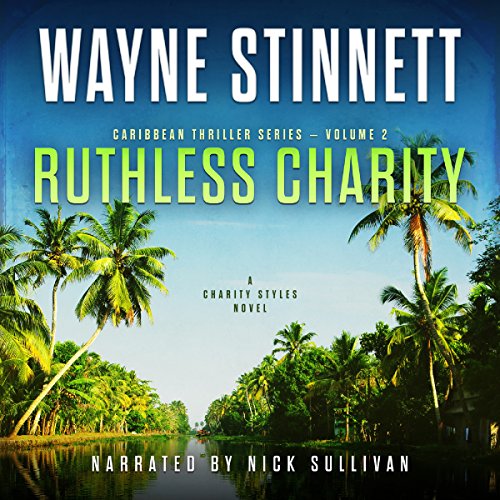 By: Wayne Stinnett
Narrated by: Nick Sullivan
Try for £0.00

After licking her physical and emotional wounds for several months, Charity Styles finally has a shot at redemption when her handler offers her a mission. It's dangerous, sure, but Charity also knows that it's meant as a test of her self-control.

In the jungles of Venezuela, a land baron controls the native population with an iron fist and a security team with over-indulged libidos and quick trigger fingers. The indigenous people live in fear; all but one old shaman, who has a vision of the future. A vision that includes piranha and crocodiles.

Charity's target is a single man. But when she learns of the atrocities committed by the land baron, and the carnage inflicted on the defenseless Wanadi people by his security team, will she stop at that? Can she keep her bloodlust in check this time?

What listeners say about Ruthless Charity: A Charity Styles Novel

In a relatively brief period of time author Wayne Stinnett has distinguished himself a an accomplished writer of 5 star action and espionage thriller novels. His two series are the 9 novel (so far) Jesse McDermitt series and the 2 novel Charity Styles which is a spinoff of the McDermitt series. For thriller lovers Ruthless Charity is great fun. Nick Sullivan has narrated all of Stinnett novels so far. He is very, very good. I very highly recommend this and all other novels written by Wayne Stinnett. To get the best price on his novels always purchase them at Amazon using Whispersync for Voice rather than from Audible.

This is going to be an excellent series. Nothing overly detailed but enough drama to keep the listener waiting for the next bit of danger.
Keep them coming.

Wayne Stinnett an Nick Sullivan team up once again with the next installment in the Charity Styles series. With lots of action and plenty of twists, I highly recommend this audiobook.

Another great book, highly recommend, hard to put down. Great author, read all of his books.