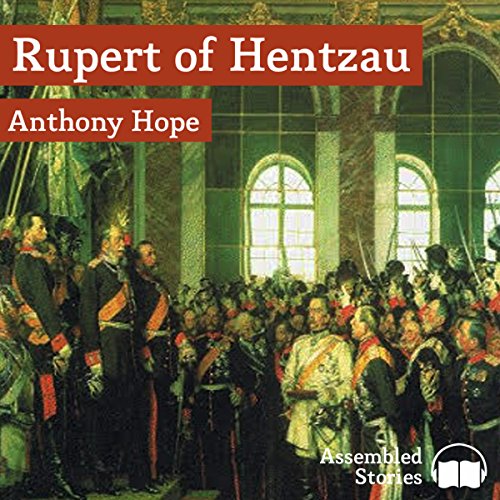 Anthony Hope was constrained to return to the fictional land of Ruritania by an appreciative public who wanted more swashbuckling and derring-do from the hero Rudolph and more Machiavellian moustache twirling from the suave villain Rupert.

The author came up with a literary construction which ensured he would never again have to visit fictional Ruritania - but nothing he subsequently wrote appealed as much as the two Zenda stories.

In the sequel it is the loyal courtier Fritz von Tarlenheim who recounts this story of a dastardly plot made upon Queen Flavia's honour, and again the Royal Elphberg line is threatened. Colonel Sapt and all the stalwarts are there, apart from the thuggish Black Michael, and good riddance to him!

It's a great love story with lots of action and devious deception by both the good and the bad. Listen and enjoy a marvellous tale full of intrigue, romance and incomparable adventure.

What listeners say about Rupert of Hentzau

Having loved The Prisoner of Zenda, we were maybe expecting too much from the sequel. It was quite well plotted and reasonably exciting, but had areas where the story sagged and slowed down. It was well read. It was good to find out what happened in the end though!