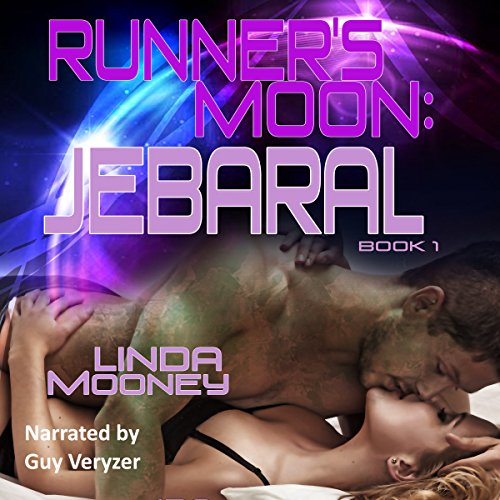 He was one of 31 aliens who had landed on this remote world and dispersed among the populace, unidentifiable because of their shape-shifting abilities.

Jebaral had hoped for a life. A chance to be free after escaping years of slavery and cruelty. But when he met Hannah Pitt, there was no way he could turn away from her or from the feelings she evoked in him. But neither could he accept her offer of a future filled with laughter and promise. After all, she was human; he was nothing remotely human.

Worse, the Arra were out looking for their lost cargo, and they wouldn't stop until every body was accounted for.

Could he risk loving this woman? Would she even accept him for what he truly was?

Little did he realize that all his choices would soon be taken away.

The narration made the story very hard to listen and follow along with. I am sorry to say I could not finish the book.

Please do not use this type of narration again.

What character would you cut from Runner's Moon: Jebaral?

I enjoyed the characters until I could no longer listen to the book.

Please use a different type of narrator.

Interesting story. I need a quick, fast paced pick me up, and this book delivered. At times I did get frustrated from Hanna's ex always popping up and the abuse that she endured. I honestly wasn't expecting such an abusive relationship, and that part held up the story in a way. Jeb's history had to fo with slavery. Another aspect of their lives I did not see coming. like I said the overall aspect was interesting. interesting enough to keep me reading but also disturbing.

Narration Do Over Please!

The Narrator was soooo slooowww. Every word is drawn out and takes forever to finish a sentence. I had to speed up the play from 1.0 to 1.4 throughout most of the book. The accent used by this alien was a combo of Irish/Scottish. Didn't work for the Hero Alien. Katie was a weak character and I wanted to knock some sense into her. She didn't do anything to change her future in an abusive relationship when she was the money maker and never calling the cops. Seems like she wanted to be beaten. And who dreams of their "perfect wedding" to be at the court house. Really? Story could have been good but fell short.

i liked the story, but the narrator.... just no.

the voice of the hero sounded like an 80 year old irish grandpa. i couldn't get past it. i couldnt finish the book. id rather read it or have a different narrator.