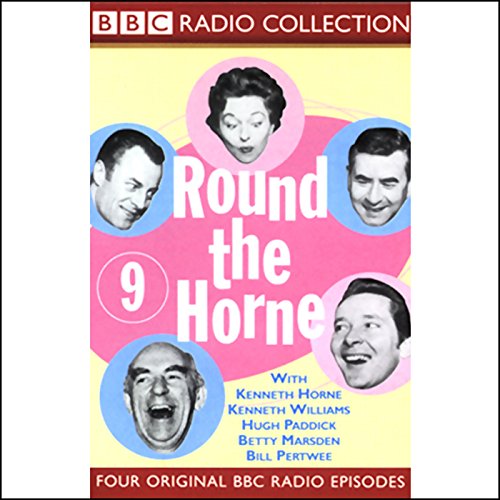 With its memorable catch phrases, brilliant scripts, and Kenneth Horne as its deft anchorman, Round the Horne easily assumed its mantle as one of the most consistently funny radio series of the '60s. Along with regulars, including Rambling Syd Rumpo and Julian and Sandy, these four episodes are from the first series and feature the first appearance of Charles and Fiona, and Seamus Android.
©1997, 2001 BBC Worldwide Ltd (P)1997, 2001 BBC Worldwide Ltd

What listeners say about Round the Horne

Because 1 person who hasn't got the courage to say who they are doesn't like it, a programme loved and revered by thousands, nay millions is saddled with 1 star. Let's redress it a bit. This wonderful, smutty, clever, anarchic and witty programme is better than everything done today

Having listened to almost all Round the Horne programmes on Audible I find that I return to them time and time again. They are a joy to experience and it is true that there is nothing like them today, mores the pity!!
Everyone concerned with the broadcasts was a star including the writers.

A bona, fantabulosa, lally trembling extravaganza guaranteed to bring a smile to your dolly old eek!