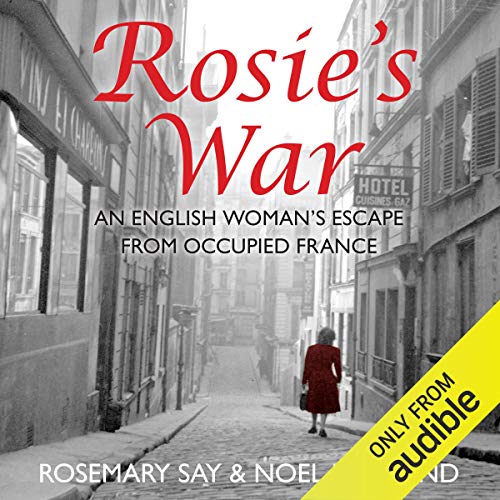 This is the extraordinary true story of a plucky young woman and her dramatic escape from a German-run internment camp in Occupied France.

Written in Rosemary's own words and completed by her daughter and son-in-law after her death, Rosie's story moves from artistic circles in Avignon, through occupied Paris and the privations of prison camp, and across war-ravaged Europe.

A tale of remarkable courage - not only of Rosie herself, but also of the many people who helped and harboured her at huge personal risk - Rosie's story sheds light on the little-known story of the thousands of British women trapped in Occupied France. Moving, enthralling, and inspirational, 'Rosie's War' is a book for all to enjoy.

Written with a stiff upper lip

A true account of how a British lady faced the challenges of her experiences, a good read without too much graphic details. I have to say it was a pleasant read, but probably doesn't reflect the degree of the war challenges as some other books do. Don't expect worry, suspence or nailbiting moments, all rather smooth and pleasant.