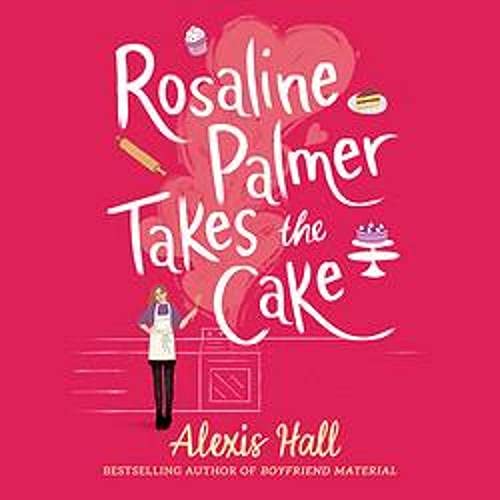 We Are Bookish: Spring Releases to Have on Your Radar

Following the recipe is the key to a successful bake. Rosaline Palmer has always lived by those rules - well, except for when she dropped out of college to raise her daughter, Amelie. Now, with a paycheck as useful as greaseproof paper and a house crumbling faster than biscuits in tea, she's teetering on the edge of financial disaster. But where there's a whisk there's a way...and Rosaline has just landed a spot on the nation's most beloved baking show.

Winning the prize money would give her daughter the life she deserves - and Rosaline is determined to stick to the instructions. However, more than collapsing trifles stand between Rosaline and sweet, sweet victory. Suave, well-educated and parent-approved Alain Pope knows all the right moves to sweep her off her feet, but it's shy electrician Harry Dobson who makes Rosaline question her long-held beliefs - about herself, her family and her desires.

Rosaline fears falling for Harry is a guaranteed recipe for disaster. Yet as the competition - and the ovens - heat up, Rosaline starts to realise the most delicious bakes come from the heart.

What listeners say about Rosaline Palmer Takes the Cake

I patiently waited for the release date knowing Alexis Hall would not disappoint. awesome characters as usual, the humility is great. Actually laughed out laud ... on a train... surrounded by bemused business types. the narration is spot on. if you enjoyed boyfriend material, Glitter Land and Waiting For The Flood, you'll live Rosaline's story.

This book is perfect! Honestly I loved everything about it. It’s low angst but not boring. It brings to life the GBB with out being GBB. Rosalind Palmer is fantastic but it’s the side characters that bring this book to life. Another brilliant book by Alexis Hall