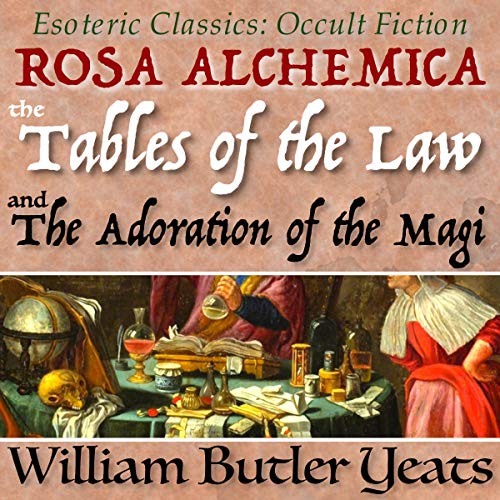 Rosa Alchemica, The Tables of the Law, and The Adoration of the Magi

By: William Butler Yeats
Narrated by: Robin Haynes
Try for £0.00

This audiobook collects three short stories by W. B. Yeats: "Rosa Alchemica", "The Tables of the Law", and "The Adoration of the Magi". All three of these esoteric stories feature the character of Michael Robartes (as well as the character of Owen Aherne in the second two tales), and though it may seem obvious that it’s this character that connects all of these tales, what really connects them all is Yeats imagining the hidden, mystical fraternities of old tradition which preoccupied much of his writings and which he personally longed for initiation into.

What listeners say about Rosa Alchemica, The Tables of the Law, and The Adoration of the Magi