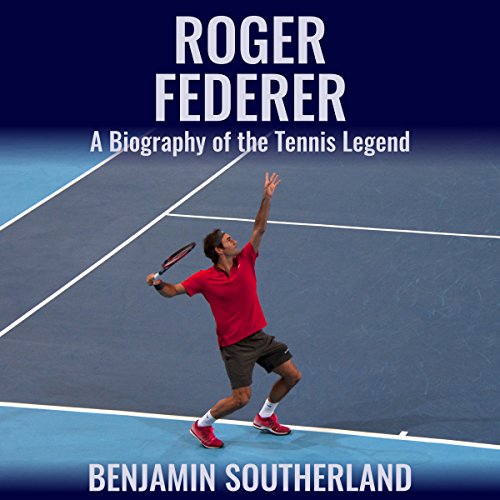 By: Benjamin Southerland
Narrated by: Robin Good
Try for £0.00

Learn about the inspirational story of Roger Federer.

In Roger Federer: A Biography of the Tennis Legend, you will learn about the life, professional career, and accomplishments of Roger Federer. In this biography, you will hear about Roger Federer's incredible life story. Federer is arguably the greatest tennis player of all time, having won 17 Grand Slam titles, more than any other tennis player. He has been a force in the tennis world for the past 10 years, and has had legendary matches against rivals, such as Nadal, Djokovic, and Murray. Federer began his tennis career in Switzerland, where he was very successful as a junior player. He rose through the ranks, and gained international recognition after winning his first Wimbledon title in 2003. Since then, he has won with grace on the world stage. In addition to tennis, Federer has been part of many large marketing campaigns and philanthropy events. Listen to this biography to gain insight on the career, rivalries, and personal life of this tennis great.

Here is a preview of this biography:

What listeners say about Roger Federer

really poor narration. don't usually write reviews but this was so bad had to add one for this book. got half way through the second chapter and binned it off.

didn't enjoy this audio book. I couldn't keep listening to the robot read. also I found that it was all over the place throwing out fact after fact. also maybe it was me but I felt like it kept repeating things over and over.