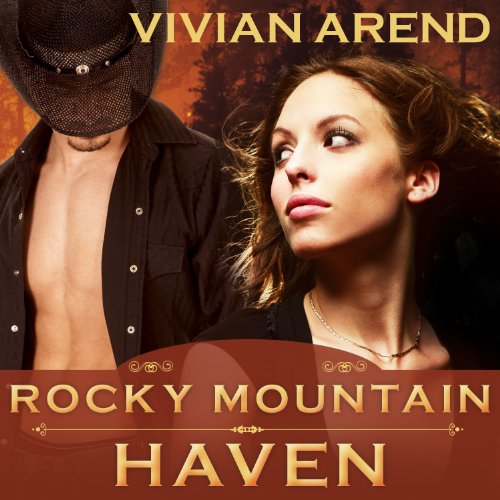 Beth Danube's emotionally abusive husband is dead and buried. So is her heart. It's no big deal, she has all she wants: her three little boys and a fresh start in a small Alberta town. What she doesn't want is another man in her life-not now, maybe not ever. After ten years of unsatisfactory, missionary-position sex, she never expected her libido to reawaken. One look at sex-in-boots Daniel Coleman in a Calgary bar, though, blows the dust off her sexuality. Sensing an edge of desperation, even fear, beneath Beth's come-on, Daniel finds himself giving in to the powerful urge to let his normally subdued desires run wild. The lady wants non-judgmental, non-vanilla sex? She's got it-in and out of the bedroom. At first, friends with blazing-hot benefits is more than enough. Then she realizes Daniel is burning away the protective fortress around her heart . . . and the guilty secret she dare not reveal.

"The romance was so sweet and yet very sexy. . . . The series has quickly become a favorite of mine." (The Book Pusher)

I really enjoyed the second book in the Rocky mountain home series. Beth and Daniel are a sweet couple.
The narrator was excellent.

I wish/hope people take a chance with this series so not my usual books. I am so happy and now cant wait to pick up the next book.

I also want to leave a fyi for those that dont have the romance package with audible, it is a must and easy way to find new author that you would not pick up.

PS WILL NEED A TISSUE BUT FOR A GOOD REASON.

This is my first book by this author, and I think this narrator. I struggled to finish it not because it is awful or the narrator is monotone or something, but because I just was not very engaged. Normally during my commuter to and from work I am engrossed in whatever audible I am listening too, but not this time. A few times I was so disinterested I choose listening to the news instead. You know where it is going and there are little to no surprises, no action, just a quiet predictable romance. I see other listeners enjoyed it, so I will chalk it up to just not my cup of tea.

I obsoletely love the way that each book captures my attention immediately not wanting to stop reading/listening and looking for the next book in the series!

Beth and Daniel is agreeing to have a friends with benefits relationship but things get more serious along the way.

This was a emotional story most of all. All the suffering Beth had gone through with her late husband was heartbreaking. Still she comes out a strong women. Daniel has his own backstory that isn't all that fun.

Since I've been a single mom at a point in my life I have come to love stories about single moms finding love. Although real life isn't as easy as this story makes it sound when you find a new man, it is a story and I enjoy very much the happy ending.

This authors writing style makes it a very joyful read, no unnecessary descriptions of surroundings and lots of dialogues, what's not to like?

The characters are well described and I get a feeling of being in the story with them. This leads to laughing, crying and sighing through the story.

And the love scenes are a great bonus that's filled with emotions, just how I like it.

Another 5 star story from this author.

I always enjoy this narrator but Im loving this au

This is a new series for me but Im loving it. Sweet sexy romance. Love the Coleman family.

Loved it. A few sad moments had me in tears. Such a good read/listen. Looking forward to the next book in the series.

I really liked this book, I think it was relatable for a lot of women. (except come of the graphic intimate scenes haha) Daniel was so patient and tender but never weak and Beth wasn't a whiney victim. My favorite part was when the oldest boy called Daniel dad. Once again, the narrator did I an amazing job!

Two people with emotional scars find each other in this well written, heartwarming and thoroughly enjoyable listen about family, patience, second chances and love.

When Beth moves to Rocky Mountain and meets Daniel again their story starts off with her just wanting 'non-missionary' sex and, of course, he's only too happy to oblige but he's looking for more from her too - friendship and companionship at least. Daniel's one hot, sexy cowboy but Beth, along with her 3 boys, brings out his thoughtful, loving, tender and caring side and you just can't help but love him for that but Beth's just not ready to trust again.

Vivian Arend effortlessly entwines other Coleman family member's stories throughout this listen too and we get to catch-up on the latest from Blake and Jaxi's story from book 1.

Worth the credit? If you're in the mood for a hot, touching, tender and passionate romance then this is definitely a book for you and I thoroughly enjoyed watching the slow and gentle development of a tight and caring family - so that's a YES.

4 of 8 people found this review helpful

I couldn't finish this because the heroine can't make up her mind and I found her behavior annoying.