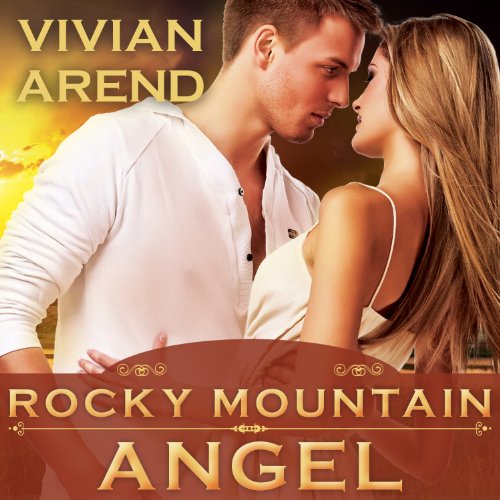 Allison Parker needs a convincing excuse to come home to Rocky Mountain House, a hopelessly romantic reason that won't let her mother suspect the truth - that Allison has discovered Mom is keeping a terrible secret from the family.

Gabe Coleman is struggling with two of the roughest parts of ranching: dealing with his bull-headed mule of a father and making enough to pay the bills. When his old friend Allison offers to help him develop his ideas for organic ranching - in return for pretending to be her fiancé - it sounds like the perfect set-up.

Yet the deception leads them in an unexpected direction, where their shared daily hells are erased by nights of heavenly distraction. It's not supposed to be real, but once the gates are opened, there's no denying they've found in each other a little bit of paradise.

To break free of the past and face the future, though, will take more than temporary pleasures. It'll take putting their hearts on the line.

"[Fans] are going to root for this couple every step of the way when they aren't fanning themselves during the steamy love scenes, or shedding a few tears along with the characters." ( RT Book Reviews)

I enjoyed this book I have to admit, I wasn't to sure in the beginning but I was pleasantly surprised by it.
A lovely story

Another awesome book in the series just like all the rest. Also can't wait for next book

I love Gabe and listening to his and Allisons story was amazing. Loved the storyline and characters can’t wait for more

One of the Best

I read a lot of audio books this was a very pleasant Surprise. Can’t wait to read more by this author.

Keep getting Better and Better.

Any Vivian Arend book attracts me, and Rocky Mountain Angel is no different! This can be read alone but is so much richer if you start at book one and read the series in order because the characters show up in other characters' books. They are all siblings or cousins. And then there are their friends, the Coleman family, who have their own series -- and there's at least one intermarriage, so they all feel like relatives! For a little town, this locale has a lot of great stories! Our hero has been mentally and emotionally abused by his father, and the heroine has similarly life-altering issues. But the healing -- though not immediate -- eventually comes for both of them. Siiiigh!

Gabe and Allison makes a deal that benefits them both and this means they have to be engaged to each other. I liked this story, it was sweet, fun and had a lot of emotions packed on there. At times I thought the storyline was a little weak but who cares when it's as entertaining as this. I love the whole pretend concept of a story so this was good in my opinion. The writing style is easygoing and filled with dialogues, in addition it's no unnecessary descriptions of surroundings so I enjoyed the read. The characters are well written and I feel so sad for Gabe and how he has been treated by his father. Allison is helping him to see his self worth and that he needs to care for himself also and not just others. This is part of a series so it can be read as a standalone but I recommend reading in order because of the secondary characters that appear in the story. Narrator is clear and pronunciation is good. Still miss a male voice.

I love these Coleman family stories. They portray real life so vividly. It's greay to see families who live and breath integrity even in the fave odd adversity. You'll go from fury to laughter in the range of emotions Vivian beings to life in her stories.

Gabe definitely has a heart of gold! If only we could all have a Gabe....I loved this book, it didn't disappoint. Narration was spot on too. There were many memorable moments, but among my favorite was the confrontation between Gabe and his father. This book is absolutely worth listening to, or reading!

I have read/ listened to other books in the same series and just like the others this was a nice, uncomplicated listen with just enough sex to make it interesting. :) Excellent narrator!!

YES. I would recommend the entire series. Of course, some books in the series are better than others and this one is not up there with the previous ones. The books in this series are not stand alone so if you are interested, start with #1 and work your way through. You won't be disappointed. I was not disappointed in this one, but it didn't spark any intense feeling in me. I am glad, as I am sure all those who are Six Pack Ranch fans will agree, that Gabe's story is told and he deserves all the goodness afforded him.

I thought the ending was great; it fit with the rest of the story perfectly.

Which character – as performed by Tatiana Sokolov – was your favorite?

All of them. It is my opinion that there are very few really talented female narrators; TS is on the top for me. She has the skills it takes to make each individual male's voice different and it goes without saying that her many female voices are great. Her ability to portray sentiment and expression of each character especially in times of intensity drew me in and helped me forget that the characters were in a story and the story was only a story. She has the ability, as only a very few female narrators have, to make me have fondness for the good guys and distain for the bad guys. Audible or whoever does the pairing should strongly consider looking at reviews of female narrators before placing book/author with narrator. TS should be considered for more; I've given up on many a book and wasted many credits or cash on good books narrated badly.

Did Rocky Mountain Angel inspire you to do anything?

Yes, look for the next in the series. Can't wait for Travis' story.