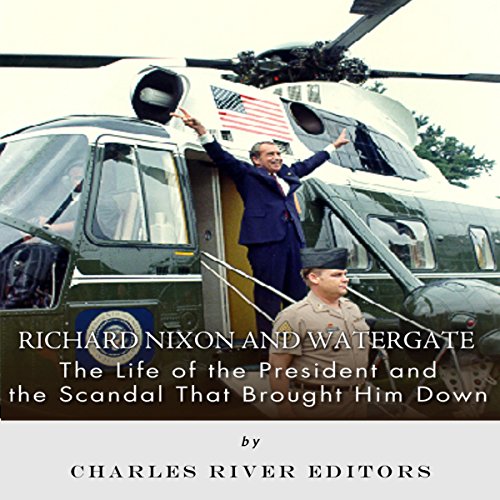 Richard Nixon and Watergate: The Life of the President and the Scandal that Brought him Down

Richard Nixon and Watergate: The Life of the President and the Scandal that Brought him Down

Best known as the 37th President of the United States, and the only president in American history to resign his office, Richard Nixon's lengthy political career would put him, during various times, at the center of regional, national and international politics for several decades. It was to be a career filled with unexpected twists and turns, high-profile defeats and unlikely resurrections, in which he made exhaustive efforts to reinvent himself in the public eye.

By 1972, Nixon appeared to be well on his way to reelection, and sure enough, he enjoyed one of the biggest landslides against George McGovern that year. However, despite the fact that Nixon's reelection seemed a cinch, the seeds of his destruction were being sown in the months leading up to the election. Increasingly and mistakenly viewed as a single scandal within the United States government, what is commonly referred to as the Watergate scandal serves as an overarching term for a series of scandals beginning in 1971 and extending through 1974, although more than any other, it refers to the specific break-in at the Watergate Hotel and office complex in Washington, D.C. Watergate has since become so synonymous with scandal that "gate" is typically added to the end of words associated with scandals even today.

For the last 40 years, President Nixon has been mostly reviled, and understandably, he's ranked among the country's worst presidents, but this view of the President and the Watergate scandal was not and still is not necessarily unanimous.

Many factual mistakes. Statements ascribed to the wrong people. Very poor job over all. Much better books are available on the subject.

A Primer About Nixon, Not Much More

I was very disappointed with this book. It was not much more than a basic recap of the highlights of Nixon's life. It is riddled with small mistakes (incorrect names, facts, etc.) that are nothing if not distracting. I do not recommend.