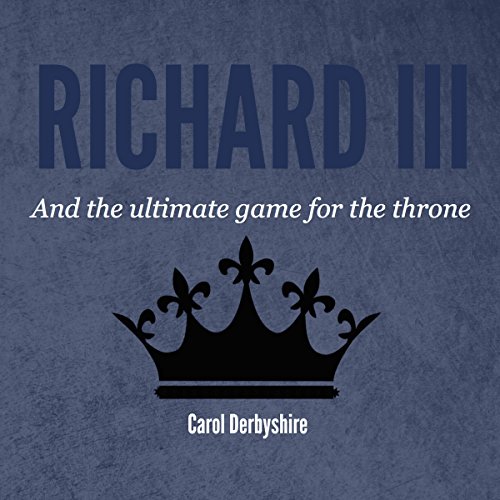 Richard III and the Ultimate Game for the Throne

Richard III and the Ultimate Game for the Throne

This is no mythical kingdom. This is England.

This is not fiction, but complete fact. Don't they say that the truth is stranger than fiction?

This was the 15th century and in this green and pleasant land, numerous players took their chances in the ultimate game. The prize was the throne of England.

The game was harsh and it was brutal.

Rival families went to war, leaving cousins dead on the battlefield. Brother fought brother as power corrupted and twisted men's souls. Families were imprisoned and executed. Men were dragged from holy places and murdered where they stood. Advisers schemed and swapped sides. King murdered king in the Tower of London.

And it finally ended with a glorious battle charge to either absolute victory or certain death.

This was the Wars of the Roses.

For 30 years a brutal and bloody civil war ravished the country. The two rival royal houses, York and Lancaster, fought for control and for the crown. During this period the throne changed hands seven times. Two kings were murdered in the Tower. Princes of the realm were executed in cold blood. The period includes immortal figures from history, Henry VI, Edward IV, The Princes in the Tower, Margaret Beaufort, Henry Tudor, Elizabeth of York, and the Kingmaker himself: Richard Neville, Earl of Warwick.

This is his story and the game that he played for the throne of England.

not enough detail or fact on any aspect, and barely a taster on the highlights. what is presented is interesting ...just frustratingly brief.

This was an interesting summary of a life of a king. The reader has a great voice too.

great for a drive

I loved it i do wish it was longer of a story but was purfect for my drive to work and home! I was given this book for honest review and to be honest the narrator made the book better!