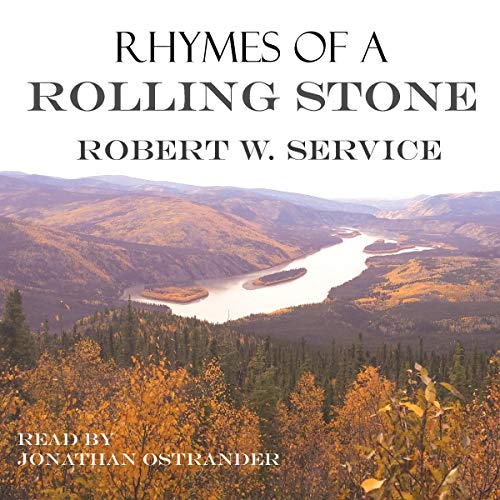 Rhymes of a Rolling Stone

Rhymes of a Rolling Stone is the final installment in Service's trilogy of Yukon verse. Conceived while returning to the Yukon via the daunting Edmonton Trail, and completed in his little cabin in Dawson City, this volume contains 50 new poems of life, love, and hardship in the North.

Shortly after completing this last collection, Service said good-bye to his little cabin and to the Yukon for good. Though he never did return, he continued to write novels and verse well into his 80s and always remembered fondly the land that brought him his fame.

What listeners say about Rhymes of a Rolling Stone