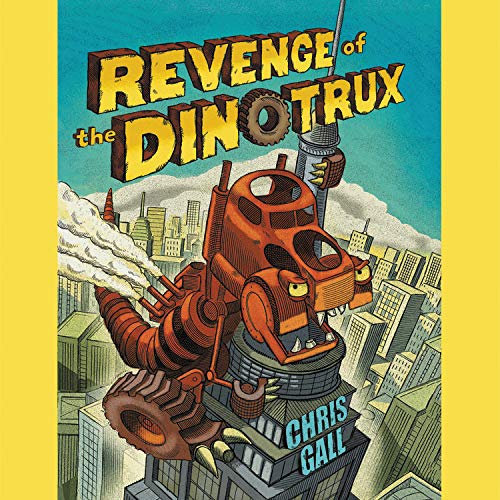 Revenge of the Dinotrux

The second audiobook in the rip-roaring mash-up of dinosaurs and trucks that inspired the Netflix TV series!

Millions of years ago, Dinotrux ruled the earth. But in the present day, people rule them! Their rusty fossils have spent decades stuck in a drafty museum surrounded by screaming kids, and now they're ready to break out and let off some really old steam.

Honk! Dinotrux are on the loose!

Garbageadon eats cars, Craneosaurus peeks in windows, and Tyrannosaurus Trux climbs a skyscraper.... Who will win the mighty standoff between man and prehistoric beast? Find out in this rip-roaring sequel to Chris Gall's highly praised Dinotrux, featuring all your favorite trux and some never-before-seen ones!

What listeners say about Revenge of the Dinotrux