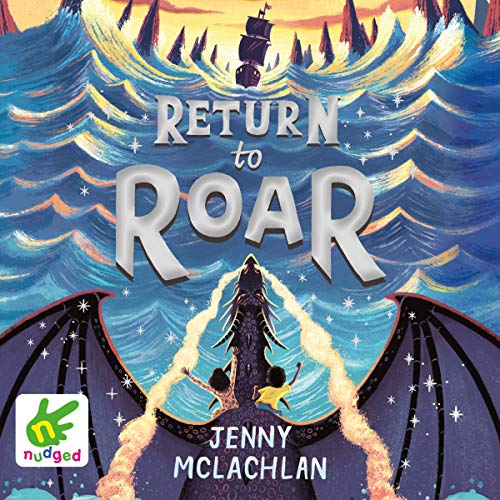 The magical new audiobook in the best-selling fantasy adventure series The Land of Roar.

A series that celebrates the power of imagination and finding the greatest adventures in the most ordinary of places - perfect for fans of Narnia, Jumanji and How to Train Your Dragon.

Twins Arthur and Rose can’t wait to go back to Roar, the fantasy world they get to through their grandad’s attic. Roar is a land of dragons, mermaids, unicorns, ninja wizards and where anything they can imagine can be real.

But when they return there’s no time for exploring, because a message arrives from their scarecrow enemy, Crowky.

What’s in the box?

The box would always contain the things that scared the twins most - and if Crowky gets hold of it, Roar could be in more danger than ever.

Soon they find themselves on another thrilling adventure, accompanied by old friends and new faces and seeing parts of Roar they'd almost forgotten. But will they get to the box before Crowky does? And if it opens, what will they see?

Jenny McLachlan is the author of several acclaimed teen novels including Flirty Dancing, Stargazing for Beginners and Truly, Wildly, Deeply. Before Jenny became a writer, she was head of English in a secondary school; she now loves visiting schools as an author and delivering funny and inspiring talks and workshops. When Jenny isn’t thinking about stories or writing stories, she enjoys living by the seaside, cycling and running over the South Downs. The Land of Roar series is Jenny’s middle-grade debut.

"This funny, captivating story is filled with the painful pangs of growing up and the transporting qualities of imagination." (Guardian)

What listeners say about Return to Roar