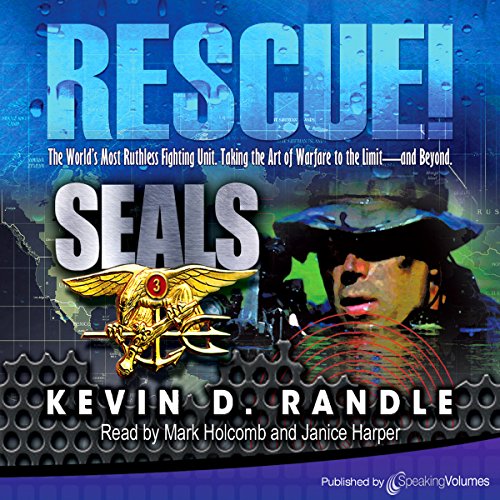 The world's most ruthless fighting unit. Taking the art of warfare to the limit - and beyond.

For the new president of one South American country, the worst nightmare had come true. His 19-year-old daughter, ripped from the quiet seclusion of a private school, had vanished into thin air. His greatest hope in seeing her alive lay with help from the US. But in this Yankee-hating hotbed, it would take nothing less than supersoldiers to move fast enough to make the rescue before they were noticed. It was a mission made to order for the SEALS!

What listeners say about Rescue!