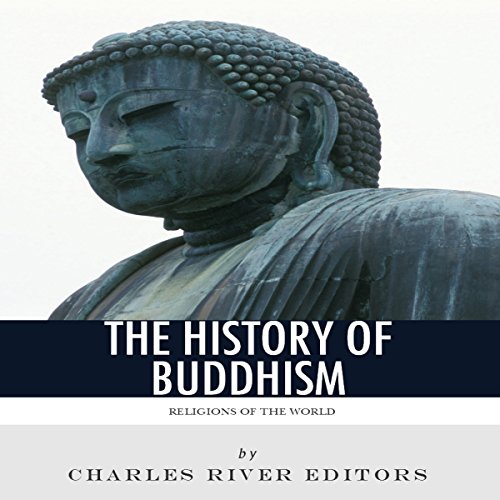 Religions of the World: The History of Buddhism

By: Charles River Editors
Narrated by: Alyda Oosterwyk
Try for £0.00

In the West, Buddhism is a religion that everyone has heard of but few truly understand aside from Buddhists themselves. For almost 2,500 years, Buddhism has been dominant on the Indian subcontinent. Buddhism is based on the traditions, beliefs, and practices that came about from the teachings of the Buddha (Siddhartha Gautama), the Sansrkit word for "the awakened one."

Today, three distinct branches of Buddhism have mostly fanned out across Asia. It is believed that upwards of half a billion people practice Buddhism today, and some of the traditional practices and principles of the religion, including the concepts of karma, reincarnation and the practice of yoga are all commonplace ideas across the world.

Who was the Buddha, how did Buddhism become one of the world's major religions, and what are the main concepts and teachings of the religion? Religions of the World: The History of Buddhism examines the history and main tenets of Buddhism, explaining the way the religion has evolved over time, the similarities it shares with other religions and the differences that make it unique.

What listeners say about Religions of the World: The History of Buddhism