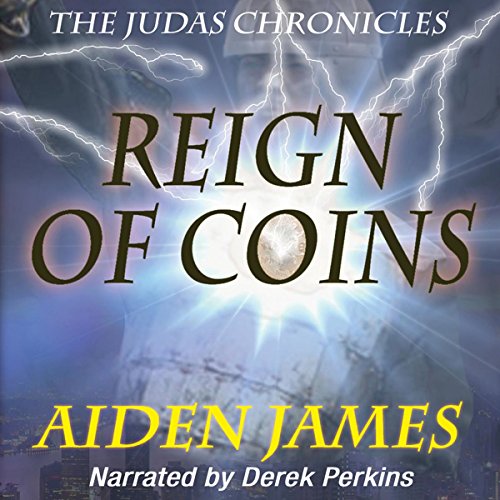 For William Barrow, 2,000 years is a very long time...too long, when it is a perpetual punishment for betraying Jesus Christ.

The man originally known as Judas Iscariot is on a mission to recover 30 silver shekels once paid to him for his ultimate treachery. Twenty-two coins have been recovered, leaving just eight to go. But when his Russian nemesis, Viktor Kaslow, also becomes immortal, the stakes are immediately raised.

Kaslow has followed William and his son, Alistair, to Hong Kong in search of a "blood coin" passed down through Genghis Khan. The coin presently belongs to an esteemed Chinese collection. But along with the coin are other cursed items from the famed Mongol Emperor. William soon learns he can't have the "one" without the others.

William has waited 800 years for a second chance to reclaim this particular coin that inspired the Mongolian Empire's bloody violence it was once famous for. While Kaslow closes in, seeking his own vengeance, William and Alistair race against the CIA and an unscrupulous American businessman intent on reaching the cursed "treasure trove" before them.

Much is at stake for the Barrows and the world, as a deadly weapon unseen for centuries lies in wait alongside blood coin number 23....

For a second installment there is very little character building or plot twist. After a few minutes in, the story becomes very predictable. IMHO the narration was mediocre at best.