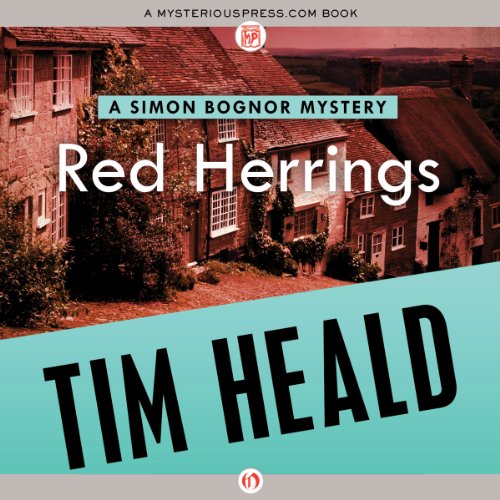 At the annual Clout, the men of Herring do as they have done for centuries, firing arrows blindly into the woods and allowing their women to retrieve what they have shot. Nobody ever kills anything, but it's a jolly time nonetheless - until the day when a few of the arrows find their mark, pinning a wayward customs inspector to a tree in a bloody parody of Saint Sebastian. It's rotten luck for the dead man, and not much better for Simon Bognor.

Bognor huffs when he hears of the killing, knowing that he is going to be sucked into investigating the death. A special inspector for the Board of Trade, Bognor is always getting invited to crime scenes, despite knowing almost nothing about crime. His bad lungs, sour attitude, and fleshy physique are out of place in the countryside, but Bognor is in for the duration. He will find the person who caused the accident - or the next arrow's target could be his heart.

someone has killed a tax inspector

and it falls to simon to investigate the murder and the reason why. there is another murder as is usual when simon Bognor is doing his best.
well written by tim heald and performed by john lee. he does the plumy voices of the aristocrats very well.