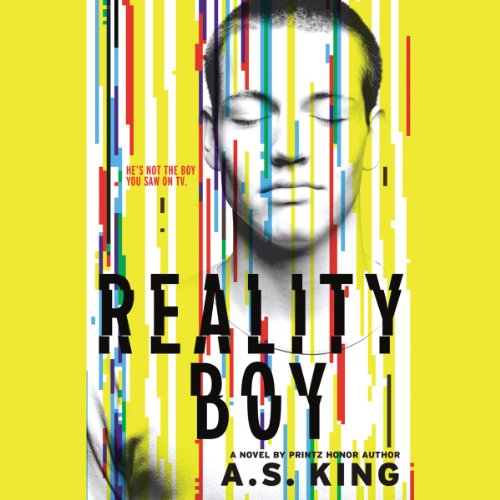 By: A. S. King
Narrated by: Michael Stellman

In this fearless portrayal of a boy on the edge, highly acclaimed Printz Honor author A. S. King explores the desperate reality of a former child "star" struggling to break free of his anger.

Gerald Faust knows exactly when he started feeling angry: The day his mother invited a reality TV crew into his five-year-old life. Twelve years later, he is still haunted by his rage-filled youth - which the entire world got to watch from every imaginable angle - and his anger issues have resulted in violent outbursts, zero friends, and clueless adults dumping him in the special education room at school. No one cares that Gerald has tried to learn to control himself; they're all just waiting for him to snap. And he's starting to feel dangerously close to doing just that...until he chooses to create possibilities for himself that he never knew he deserved.

I found the subject matter intriguing and liked the exploration of the relationship between him and his sister as children, however I felt as the story progressed it became more and more unrealistic and disengaging.

Would you recommend Reality Boy to your friends? Why or why not?

I would not recommend this book, I was highly disappointed by it and expected more insight and depth with this topic.

Did Michael Stellman do a good job differentiating each of the characters? How?

Stellman did his job. I would say it was good but not an outstanding performance.

Did Reality Boy inspire you to do anything?

Listen to another book.