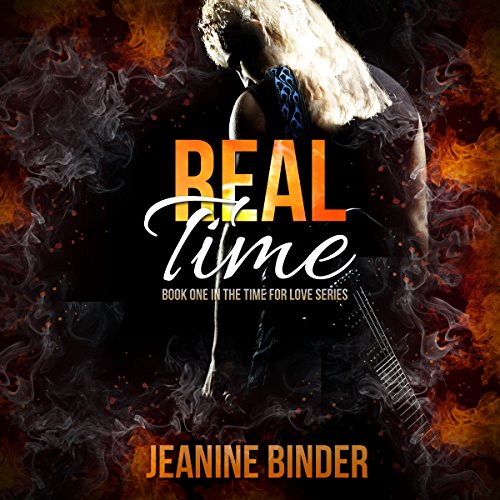 Twenty-five years of fame comes at a price for Nick, leaving him hard - a machine to produce nothing but his music. True to his British upbringing, he's very set in his ways. Things are just as he wants them - no deviance.

In steps Kate - a studio musician who, by a strange twist, manages to get hired into his band. Everything starts out with the boundaries firmly placed, and it doesn't take long for Nick to realize she's going to change his world. To his surprise, he's the one who is attracted to her first. She gets under his skin.

Living by the creed that letting people close gets you hurt, Nick stays driven in his commitments. He is a musician, first and foremost, but a turn of events leads him to investing in the recording company who produces his music. Can he handle this new venture, his music, and keep the woman he now loves?

What listeners say about Real Time