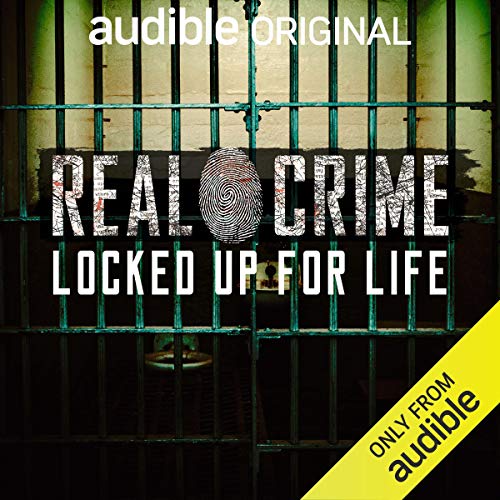 Some crimes are so horrific they attract the harshest punishment possible: a sentence that means the guilty will die behind bars.

From ‘the Crossbow Cannibal’ to Moors murderer Myra Hindley, journalist Julian Druker explores the cases of eight criminals with whole life orders and asks what this means for the criminals and society.

Told through archive news coverage of these crimes, this series explores the judicial and sentencing processes, as well as the legal, ethical and political dimensions of whole life orders.

We chart the evolution of these whole life sentences from the 1980s to the present day, and explore how politicians’ desire to appear ‘tough on crime’ has resulted in an increase of the UK prison population.

An ITN production for Audible Originals.

What listeners say about Real Crime: Locked Up for Life

This series gave the expectation of investigations into crimes, maybe that was my misinterpretation. However, there is an overriding attitude of the presenters......... 'this POOR person has been locked up for a WHOLE life sentence, what about their human rights?' With never a thought about the malicious cruelty that they inflicted!
Sadly I feel that when people perpetrate barbaric acts of cruelty to another human, usually a vulnerable one, they extricate themselves from their expectation of human rights!

I was sorely disappointed with this series!

The absurd liberal case for being soft on crime

As others have noted, this series is not an investigation into real crime: it is little more than a platform for the extreme liberal fringe to make their case for soft sentencing and putting the rights of criminals above those of their victims.

The most outrageous view in this series, perpetuated by pretty much every expert interviewed is that anyone who believes sentencing should be tough and that prison is principally there to punish is ignorant. The only valid "expert" view is that criminals should be kept out of prison, prisons should be joyous, fun-filled recreation because anything else infringes on human rights; and that it is a moral offence for there to be any reference in sentencing to the victims, their families, or wider society's values.

A whole episode of this liberal whining was devoted to the issue of cognitive bias. Something Mr Druker might like to have reflected on given that every episode was a rehash of claims that prisoners are really decent people if only they'd been hugged in their hoodie-wearing days, prison should be about rehabilitation, judges and jurors are racist; only left-leaning lawyers should have any say on criminal justice; and that everyone who has the temerity to disagree is an ignorant extremist.

The attempt to sell the European Court of Human Rights as simply establishing a benign list of human rights to prevent a repeat of the Holocaust is laughable: this is an activist court imposing a radical and increasingly eccentric form of judicial activism on countries that never signed up for this liberal extremism when the convention was drafted. There is no attempt at balance: Michael Howard is bad because he believes prison works; Kenneth Clarke is good because he believes prison doesn't work and wants criminals released to further endanger the public. We are supposed to just accept that this narrow clique of ludicrous liberals knows best. It has clearly never occurred to anyone interviewed that politicians - rather than simply trying to win votes at elections - might actually believe that keeping Myra Hindley in prison for life was the morally correct thing to do, and that the majority of society is right to want criminals punished properly (severely).

Whoever came up with the title for this podcast didn't listen to it cos it doesn't do what it says on the tin.

Sickening collection of do gooders and lawyers riding the gravy train. Best avoided if you’ve ever been a victim of crime.

very misleading, it's not about the crime itself, it's about the justice system. not what I expected from the title.

This audiobook had a lot of potential - the subject-matter is interesting, and it had input from some very eloquent and intelligent advocates. Unfortunately, it was a rather unsubtle vehicle for a particular view-point that appears to have been shared by all its main contributors, namely that prison doesn't work, whole-life orders are unnecessary, unjustifiable and counter-productive, and that "evil" is a meaningless concept and as such criminals cannot really be held responsible or punished for the most heinous crimes.

None of the above is necessarily a problem for me - I don't agree with any of those views, but I am not an expert and I am willing to hear a balanced and sensible discussion of them between people who are experts. That's why I downloaded the podcast in the first place.

What I got instead was a series of entirely unchallenged assertions by a defence QC, a criminal psychologist and a criminal law lecturer/criminologist about their shared opinion that, in effect, we're too tough on criminals and that the current system needs to be re-jigged so as to focus on their needs a little more. The defence QC even made the assertion that the vast majority of the prison population should not be in prison.

The early part of the series focused on their shared view that there is no such thing as "evil", and that all crime can be explained solely by reference to nature and nurture. It's an incredibly reductionist way of thinking and essentially strips people of their responsibility for their actions. That part of the series was almost entirely one-sided.

The alternative view-point was occasionally sought later on in the series, during discussion of "draconian" legislation such as the Criminal Justice Act 2003, with the odd contribution from the likes of David Blunkett. There was also passing, sneering reference at various points to "tough on crime, tough on the causes of crime", Tony Blair and, of course, those evil Tories (amazing how they can always been seen as evil by a section of the metropolitan elite that otherwise does not believe in absolutes like "evil"!).

At times, the discussion verged into the simplistic and contradictory. The 2003 Act was criticised repeatedly for removing sentencing discretion from judges for certain offences; then, around three minutes later, and as part of the same complaint about our supposedly inhumane justice system, the same commentators criticised the judiciary for consisting of, apparently, biased white middle-aged men whose sentencing decisions were driven in large part by their inherent bias. Well - shouldn't you be lauding the 2003 Act, then, for bringing some objectivity into play? But no, because the real complaint was that the commentators' client population was facing sentencing and imprisonment in the first place.

And that's the problem with this series. The commentators were almost exclusively taken from a body of people whose livelihoods and focus are centred on criminals, and their views were driven almost entirely by their perceptions of what was most favourable to criminals. Almost no effort was expended in challenging the views expressed, or getting the counter-arguments from, say, the CPS, police, victim bodies (other than the occasional clip of a victim's relative sounding distressed and reactionary, and of course provincial). The idea that politicians, who are accountable to the people, might have any role to play in the process was sneeringly pooh-poohed, because they're just motivated by the Daily Mail you know and Heaven forfend that the tax-payer and ordinary citizen should have any input into the process. The idea that there might be wider factors, going beyond the criminals' interests, that might justify locking them up for a very very long time (and possibly for their whole lives) was given no serious consideration.

It was, in short, almost comical that a series that repeatedly banged the drum against bias and for fair trials was so unconsciously biased and put our criminal justice system on trial without allowing it to call any real evidence in its defence.

This is not a true crime podcast, it's a delve into the justice system and the reasoning's behind whole of life sentences in the UK.

It was presented in a way which from the outset only offered really the view from the 'experts' that whole of life sentences for prisoners was not appropriate. Despite not only the public being in favour in specific cases. But also the fact that the judges utilise them. There was not a great deal of objective views, rather 3 or 4 voices all of the same or very similar liberal viewpoints towards reforming the justice system to a far greater rehabilitation stance.

Weak, slow, and frankly about a subject that a lot of people will have little sympathy for

The description does explain what the series is about, and although there is some detail into the crimes committed, as others have noted, it is really an examination of the criminal justice system and specifically whole life sentencing. I admit to being already sympathetic to the view points raised here, such as the need for sentencing and prison reform, but even if you do not agree, the series is still informative about how the justice system works. It's probably not going to appeal if you are looking for true crime stories, but as a well-rounded insight into the issues raised, I found it fascinating and listened to the whole lot in one go.

We who are interested in true crime often hear more about the crime than the process of sentencing. This series shows the difficulties of sentencing and what makes justice