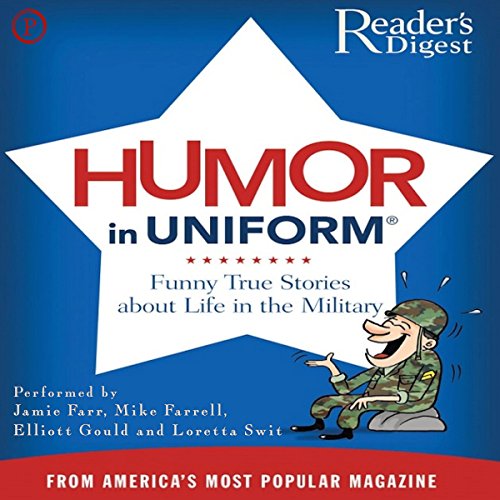 From basic training to World War II to the Gulf War, America's veterans share their funniest stories in this collection of Reader's Digest's popular "Humor in Uniform" column. Beneath the horror of war lies a rich tradition of comedy and satire, and these anecdotes have entertained readers for decades. Stars of the TV and movie versions of America's favorite military comedy, M*A*S*H, read equally hilarious pieces from all four branches of the armed forces. Whether poking fun at the higher echelons of army power or joking about retired sergeants adjusting to civilian life, Humor in Uniform certainly earns its stripes with laughter.

What listeners say about Readers Digest's Humor in Uniform

If you are in need of a good laugh...

...you cannot do better. I wish this book was 1,000 times longer!!! Lively and pleasant narration.