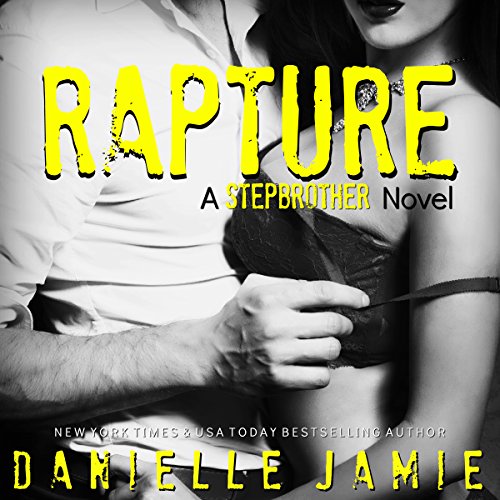 If you would've asked Raven four years ago if she was in love with Linc, she would've answered, "Yes!" in a heartbeat. Now three and a half years later, the thought of Linc instills nothing but anger and hurt - Linc broke her heart into a million pieces, and ever since she's been trying to piece her heart back together. When Linc was given the opportunity of a lifetime that meant he was one step closer to being in the PGA, he knew what he had to do - walk away from Raven and sacrifice his happiness for his dreams. He had no idea that his decision to go to Scotland would haunt him for years to come. Fate tore Linc and Raven apart, now in a surprising twist it's bringing them back together - but the question is: Can they let go of the pain from the past giving them a fighting chance at finally having a future together?

Linc chose his career over being with Raven for the biggest loss of their loves. Years later they run into each other and he wants her back. He must know prove that he wants her above all else. Emotional story full of loss, and family drama.

OMG!! The best ugly cry book ever. I could not put this book down. This author can pull you into a story and you won’t stop till you finish the whole book.

Rapture was a great story, Danielle Jamie did a great job on it. The story had a great plot, it was filled with so many emotions. Linc and Raven have been through so much, nothing about their relationship has been easy. These two were meant for each other but their road has been so bumpy since their relationship is forbidden.
Raven and Linc were great together. I have enjoyed their story.
Kai Kennicott and Wen Ross did a great job narrating this story, they did a great job on it.
Thank you, Danielle Jamie and the Narrators :)

make sure you have tissues this book will turn you every direction possible this series ended amazingly great job danielle!!!!

I loved this book! 5 stars happy ending is the best feeling..... what an ending.

Narrators were a great choice ! The only problem I had with this particular book was the going back and forth in times. It would have been easier for me to have just had it in order. Gets too confusing and seems to lose quality when written this way..

My favorite in the series by far!!

This book is filled with many ups and downs, too many to put in a review and not ruin it for other readers.

This book was by far my favorite in the series. Kai Kennicott and Wen Ross do an amazing job as always bringing the characters to life. You feel every emotion. And Danielle Jamie does a great job with bringing these characters around full circle. They have had so many things thrown their way and sometimes it looked like as though they'd never get through it. All I have to say is have your tissues ready. Well done!

A Perfect End. I've volunteered to review this book. I love to read/listen to Danielle Jamie books. This is the third and final part to Linc and Raven story. Danielle Jamie has done it again with another absolutely amazing story!!! It's one big emotional rollercoaster ride. The book is written in present and the past also in both POV. Grab some tissues because it will pull at your emotions so hard you will tear up. Danielle captured the emotions going through the characters perfectly. It was as if I was right there along with them through this journey. I have never laughed and cried so much in one single book. I love the duel narrators by Kai Kennicott, and Wen Ross. They both did amazing jobs on Linc and Raven. You hear the emotions from both narrators. Keep up the awesome job! I can't wait to read/listen more from Danielle Jamie.

I cried at the stillborn baby part it took me back to the day I lost my son at 38 week the day before my own birthday .

I have mixed feelings..

So I listened to the whole series, and while I loved the story, I had a real issue with narration for all 3 books. I loved the male's voice for book 2 but hated the way he read it, he was slow and boring. Book 3 was a different male narrator, but he was just as boring and very good at feeling what he was reading. The story had angst and push pull, but the narration left it feeling flat to me.