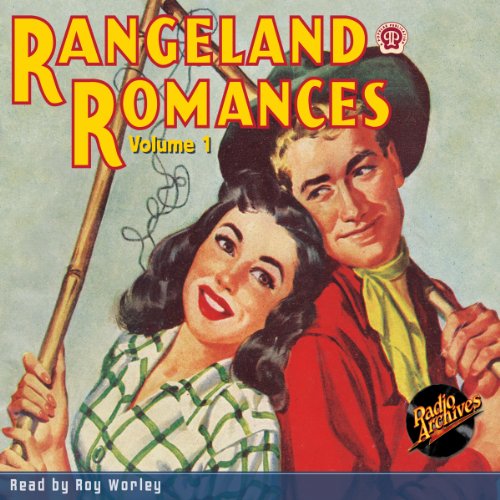 By: Marian O'Hearn,RadioArchives.com
Narrated by: E. Roy Worley
Try for £0.00

First editor Rogers Terrill described his approach this way: "Over a year ago we started a new magazine with a new idea. We started a romance magazine in which the hero and heroine fight side by side, live an adventurous life together, experience hope and despair, defeat and success, and finally love together. We brought out a magazine that was true to life; that was about characters who really could have lived and done those things that the author writes about."

For our first Rangeland Romances audiobook, we've chosen to record the August 1948 issue in its entirety. All seven stories. It's a hoot.

These are sweet yet salty stories of determined cowgirls navigating the complicated courtship rituals of ranches ranging from the Dakotas to the Southwest. Pistol-packin' Doris Day in Annie Get Your Gun! gives you a good idea of the flavor of the festivities.