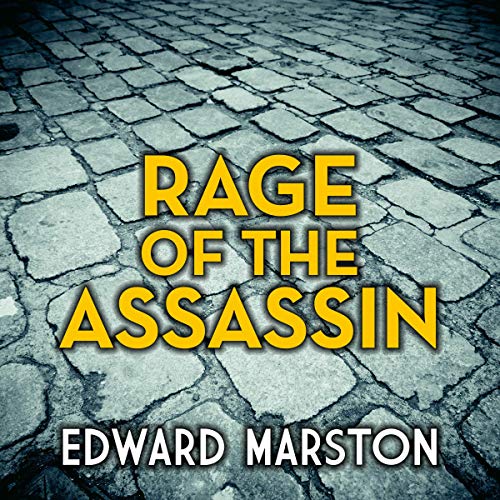 Rage of the Assassin

By: Edward Marston
Narrated by: Gordon Griffin
Try for £0.00

MP Sir Roger Mellanby attends a performance of Macbeth at Covent Garden, featuring Hannah Granville. It is the final performance of what has been a triumphant production and both the Prince Regent and Hannah's love, Bow Street Rival Paul Skillen, are in the audience.

After the show, both Mellanby and the Prince Regent make their way to the stage door for a glimpse of Hannah. As the crowd jostles around them, a shot is fired and Mellanby is killed, but Paul Skillen quickly deduces that the assassin was really after the Prince Regent. Will Paul and his twin brother, Peter, be able to stop him from killing Prinny?

What listeners say about Rage of the Assassin

Another masterpiece by Marston

Probably one of the best stories in the Bow St Rivals series and leaves you wanting more.

A typical Marsden. Very enjoyable story with a good twist to end it. Sadly there are only a couple of his numerous books left that I have not yet read but I enjoyed this one as much as any.

Very twee and dated writing, exacerbated by the narrator's children's story style of delivery. Not for me.