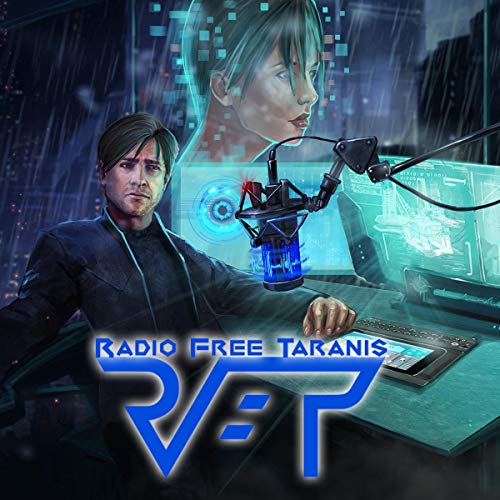 By: Ed Jowett,Amy Allworden
Narrated by: Leo Cosh
Try for £0.00

Radio Free Taranis is a radio show, presented by a man who calls himself "Midnight Terry".

Terry lives in the Consortium, a far-future distopian society ruled by companies who exploit and lie to the population in order to maintain their power. Instead of fighting against the oppressors, he chooses to educate the population and guide them in non-violent dissent.

He uses his radio show to tell the truth behind the companies, their actions and the people involved. He speaks about the history that has built them to where they are, and what ordinary citizens can do to resist.

Interspersed with adverts from whoever is willing to sponsor his show and his favorite music tracks, Terry hopes to lead the people of Taranis to freedom....

What listeners say about Radio Free Taranis: The First Season