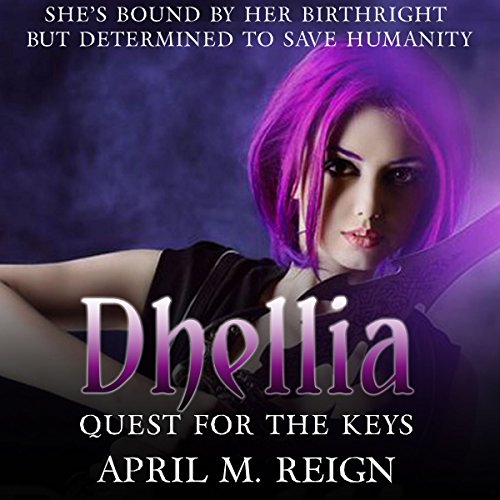 Quest for the Keys

I'm Dhellia Hunt, princess of the underworld. Daughter of Lucifer and Adana. This is my story.

While on a quest for the other "keys", Dhellia recovers two artifacts that contain the most dangerous secrets on Earth, ones that could, in the wrong hands, turn the tables between good and evil. Dhellia gears up to prepare to battle in a way that no one ever has - aside from her mother.

Dhellia is a funny, fresh and sassy, fast-paced series about a young woman whose birthright is princess of the underworld - she's mad as Hell about it, and is determined to use her powers to beat her father at his own game!

What listeners say about Quest for the Keys