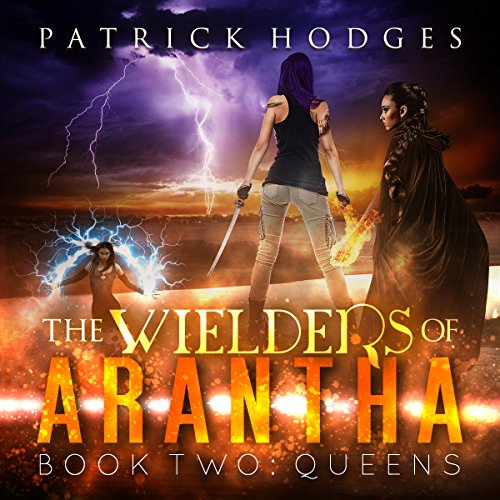 A cosmic game of chess is underway, and the planet Elystra is the board.

Earth pilot Maeve and her son Davin have joined the Ixtrayu, hoping to avert the destruction that their leader, Kelia, has foretold. But will Maeve's burgeoning Wielding powers be enough to thwart the machinations of Elzor and his lightning-wielding sister, Elzaria, before everything the Ixtrayu have ever known is destroyed in Elzor's quest for ultimate power?

Queens is the second book in the Wielders of Arantha trilogy. If you love science fiction or fantasy, then this series will thrill and enthrall you!

What listeners say about Queens

This exciting sequel took my breath away!

I highly anticipated the release of this sequel and I was not disappointed. The story development was brilliantly written by Patrick, and the performance by Rebecca was second to none. I felt like I was inside the story living out the characters. This installment was faster-paced than the first, which really helped the momentum during the battle scenes. The characters were so well described that I was able to envision them in my mind's eye. My usual preference is to binge on story series, so my only complaint is that the final story in this trilogy is not yet complete! I honestly can't wait! :)