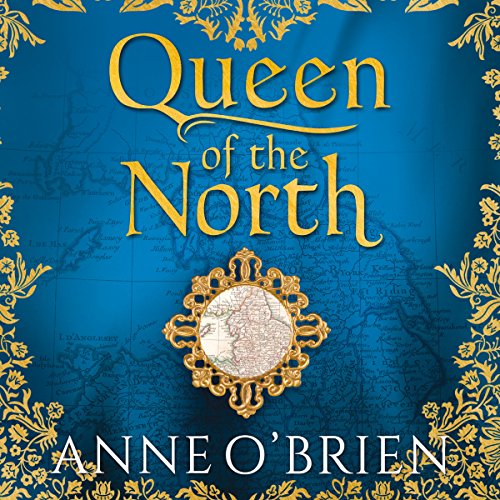 Queen of the North

To those around her she was a loyal subject.

In her heart she was a traitor.

1399: England’s crown is under threat. King Richard II holds on to his power by an ever-weakening thread, with exiled Henry of Lancaster back to reclaim his place on the throne.

For Elizabeth Mortimer, there is only one rightful King - her eight-year-old nephew, Edmund. Only he can guarantee her fortunes and protect her family’s rule over the precious northern lands bordering Scotland.

But many, including Elizabeth’s husband, do not want another child King. Elizabeth must hide her true ambitions in Court and go against her husband’s wishes to help build a rebel army.

To question her loyalty to the King places Elizabeth in the shadow of the axe.

To concede would curdle her Plantagenet blood.

This is one woman’s quest to turn history on its head.

"Once more Anne O’Brien takes her readers on an emotional rollercoaster ride through the lives of people that history has largely reduced to entries on a medieval family tree. In this gripping novel Elizabeth Mortimer’s story joins the growing list of female lives Anne has gloriously rescued from history’s recycling skip." (Joanna Hickson)

What listeners say about Queen of the North

A good story that looked closely at motive and culpability within an historical setting. I enjoyed the narration too.

This story and the angle of it told from Mortimer/Percy Family was completely intriguing and the narrator held me glued to her every word! This duo should cover the entire European History. I know it already. I relish in the accuracy as well as the embellished imaginations of many of the authors. But, this duo, they are awesome together. Thank you for a magnificent listen!

I quite enjoyed most of the story and it was easy to listen to. The one flaw was some of it was so repetitive in the last third of the book. I only needed to hear the lead character’s thoughts and reasons once (maybe twice) but she repeats them ad nauseum in Ch 16 through 23.

The plot is a bit too simple but well-written and the narrator has a beautiful voice.

could not get into book

i could not get into book. i love anne o'brien but not in audio books

Whoa, Elizabeth the so called Queen of the North was insufferable. So selfish, bitter, self centered and really clueless. The intrigues by The Queen of the North and her family are what made the book for me--not the characters. Although I admit the intrigues were ill thought out. I was aghast by her expectations when they committed treason. I actually liked Henry IV in this book more so than I did in The Queens Choice--which isn't saying much.

3.5 for story and narration.

While Anne O’Brien ‘s Queen of the North had many wonderful qualities, intriguing story told from a very interesting point of view and narrated beautifully by Beth Eyre; the padding of this novel with considerable repetition was so incredibly annoying that I ended up skipping chapters just to get back to the meat of the tale! The story and narration had so much going for it that it was a pity to see them marred by this “writer’s trick” or unconscious writer’s tick. Whichever...I would have preferred a shorter clear version to this drawn out would-be great story.