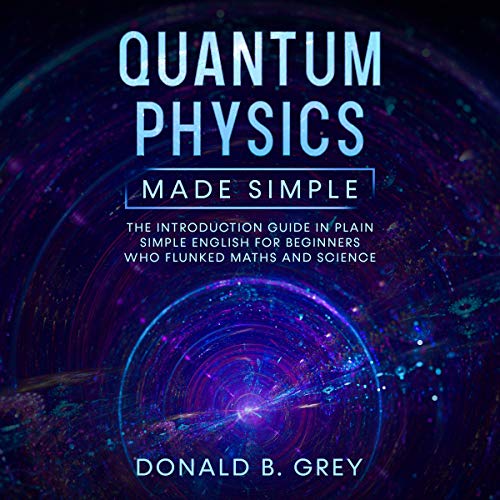 When was the last time you asked yourself the real questions?

The ones that have troubled mankind ever since its beginnings, and to which various branches of knowledge have attempted to give an answer?

What if we told you that there is a branch of science out there that might actually be able to bring into practice the wildest dreams mankind has ever had - and the wildest nightmares too?

Quantum physics might sound like the kind of subject you don’t really want to touch for an easy listen before you go to sleep - and nobody would blame you for that.

If we have to be completely honest, quantum physics is filled with paradoxes and deals in the concept of paradox itself as its core engine.

It is no wonder, then, that so few people actually dare to approach this subject.

This book is meant to help you precisely with that: Understanding the basics of quantum physics, so that you can start asking the big questions and, with the help of modern physicists, find the answers to these questions as well.

Why listen to this book:

Get our book today and let’s discover the universe together!

What listeners say about Quantum Physics Made Simple

I listened to 10 minutes and had to stop.. the computer generated narration really lets it down!

I’m so disappointed as was looking forward to listening to this all day!