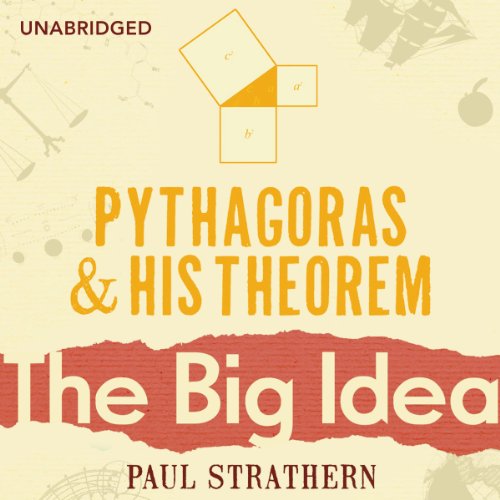 Pythagoras and his Theorem: The Big Idea

At a moment of great discovery, one Big Idea can change the world...Pythagoras was arguably the first 'genius' of Western culture, establishing a blend of high intellect and high lunacy, both of which have become recurrent features of this scholarly heritage. Most memorably, he created the Pythagorean Theorem, and established the concept of proofs in mathematics. Less well known was the religion he founded which forbade his disciples from eating beans or stepping over fallen poles!

Pythagoras & His Theorem tells the remarkable story of the life of this poorly understood genius and the transformation his work brought about in mathematics. Pythagoras' Big Idea is presented in an accessible and enthralling way, providing an explanation of the meaning of his work, its historical and scientific context, and significance for the world in which we live. The Big Idea series is a fascinating look at the greatest advances in our scientific history, and at the men and women who made these fundamental breakthroughs.

What listeners say about Pythagoras and his Theorem: The Big Idea