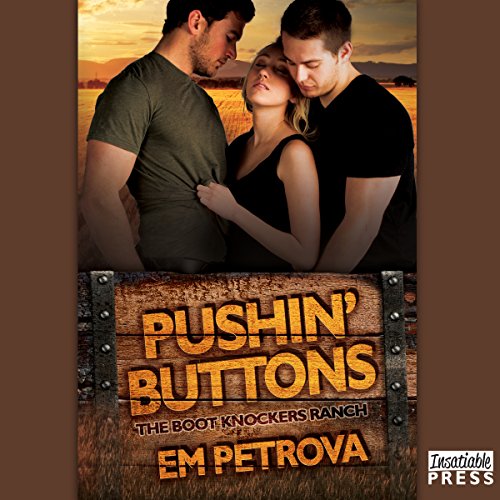 It's all in her head. Until she falls into the hands - and hearts - of two cowboys. The Boot Knockers Ranch, book 1.

Sexual dysfunction. The words make Sibyll cringe, but after one too many failed relationships, she has to face reality. Her O-button is broken big time. Sick of sitting on the sexual sidelines, she books a week at Boot Knockers Ranch. If a passel of rugged cowboys vying to bring her bliss can't get her off, nothing will.

Hugh had planned to sit out this week's rotation of sexual therapy, but when he spots sultry Sibyll, he pulls rank. His bone-deep urge to possess her isn't enough to coax elusive orgasms out of her body, though. And his resolve to give the lady whatever she needs wavers when she shyly makes a mind-blowing request. Riggs stepped aside when Hugh muscled in to claim Sibyll, but he jumps at the chance to fulfill her ultimate fantasy - a threesome. But once they come together, all barriers are stripped away, exposing his love for the one man - and woman - he'd break every last rule to make his own.

loved every minute of this book. hot and every womans fantasy to have two men love her so thoroughly.

The love story was a little far fetched but the story was pretty good.

Overall, more like a 2.75
That was my first reaction when I started this book. Everything about it had me singing “Yeah!” Then, it became all about sex, and practically everything was tidied up too easily. So, unfortunately, I didn't finish the book singing that same giddy tune. I like sex in my stories, but too much of it, especially in shorter tales, just becomes boring to me. And the lack of real conflict or challenge that's not so easily fixed was just another downer. I liked the characters, and I liked that they had a bit of complexity as a result of the setup of the story. But more could've been done with the setup and their complexity.