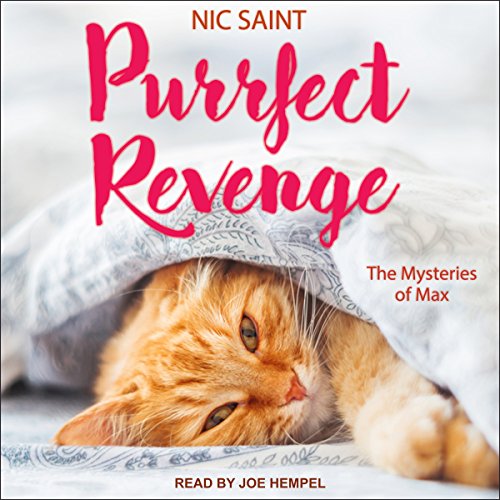 Blorange tabby Max and ragamuffin Dooley are on the case again. This time a world-famous reality star has been found murdered in her own bed, and it looks like the crime just might be terror-related. The Kenspeckles, stars of the well-known reality show Keeping Up with the Kenspeckles, are in town to film a new season of their show, so the case soon turns into a complete media circus, with the Kenspeckles insisting the entire investigation is filmed for their show.

Odelia Poole, Hampton Cove's premier reporter, teams up with Detective Chase Kingsley to catch the killer, but with cameras filming their every move, and every Kenspeckle a suspect, they're not making a lot of progress. Good thing Odelia's cats Max and Dooley can sneak around undetected, tracking leads and hunting clues. But first they have to pacify Shana's French Bulldog Kane, who just might be in possession of the clue that breaks the case. And they have to outsmart Chase's black tabby Brutus, who has his own reasons to find the killer.

Will Max and Dooley solve the case? Or will Brutus beat them to it? And will Dooley finally get to first tail with Harriet?

What listeners say about Purrfect Revenge