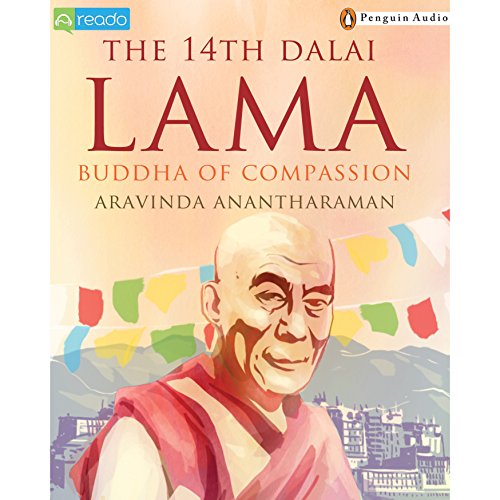 The road to Lhasa was lined with people who had gathered to see the new reincarnation. Dressed in finery they thronged the streets waiting for a glimpse of their new ruler. Looking out of his carriage, the Dalai Lama saw people crying with joy. Their Kundun had returned.

Born to a family of farmers in a remote corner of Tibet, Lhamo Dhondup, was recognized as the fourteenth reincarnation of the Dalai Lama at the age of 2. He took charge of his country in 1950 when the Chinese invaded Tibet. The rest of his teens were spent in negotiations with the Chinese government. However, as Chinese violence against Tibetans increased, Kundun was forced to flee his native land. His escape over the Himalayas is the stuff of adventure novels.

Exiled now in India for over five decades, the Dalai Lama constantly champions Tibet's independence while remaining its greatest spiritual mentor. He received the Nobel Prize in 1989 for his non-violent efforts to gain freedom for his country.

Rich in personal anecdotes, this engaging biography shows how Kundun blends spirituality with politics. To the Tibetans, the Dalai Lama is God incarnate. To the world, he is the face of Tibet.

Great bio a must for Dalai Lama fans

Great bio a must for His Holiness the 14th Dalai Lama's fans. Nicely written and narrated. I highly recommend it!!