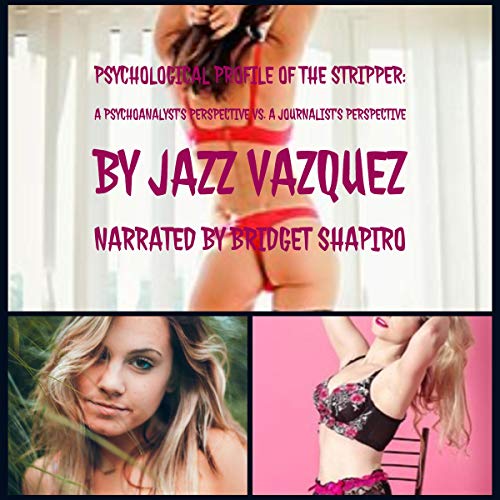 By: Jazz Vazquez
Narrated by: Bridget Shapiro
Try for £0.00

This work was written by two people, operating independently of each other.
One is a psychoanalyst. The other is a journalist.
Each was commissioned to write a psychological profile of the stripper. They were given no additional instructions.
They were both paid the exact same amount of money.
They are both respected members of their respective professions.
This book is as much about career-based differences in analytical and literary styles as it is about strippers.