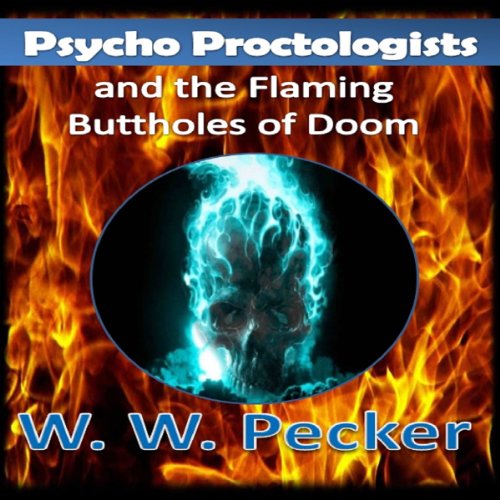 Psycho Proctologists and the Flaming Buttholes of Doom

Psycho Proctologists and the Flaming Buttholes of Doom

Forget Fifty Shades of Grey, this book is 50 shades blacker than your a**hole...

Michael McLaren is Hollywood's proctologist to the stars. In Tinseltown, there's no shortage of famous people who need things discreetly removed from their sphincters - or who want things shoved up there. Either way, business is good. But when he discovers that demons dwell in the darkest crevices of existence, he's unwittingly initiated into a secret society of demon hunters:

The world may think they're crazy, but they're all that's standing between you and the Armageddon. Because when flaming buttholes threaten to doom humanity as we know it, who ya gonna call?

you know what you are getting from the title!!

i loved this book. it was rude, totally infantile and very naughty. it made me feel like a mischievous child again.

i love anything with demons. this was a new, very silly, but fun angle.

if you are easily offended or don't have a scatalogical sense of humour, don't buy it. you have been warned!

The only person twisted enough to make a movie of this would be Quentin Tarantino!

Absolutely the most fun I've had listening to a book in ages. I only wish that it was longer. I was laughing so hard I had to pull off the road.