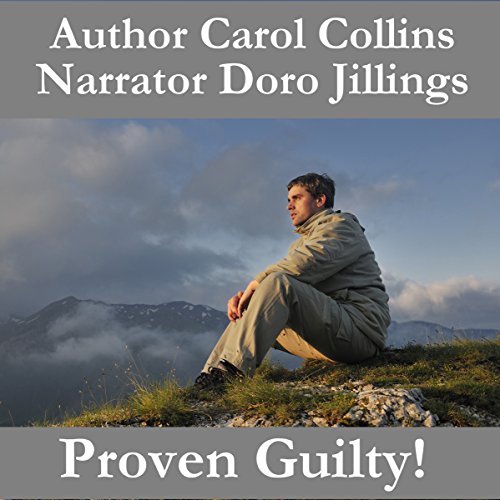 Lyndsey is enjoying her work cataloguing the treasures in Greystones stately home, until the son of the owner unexpectedly returns after serving two years in prison. James instantly takes over the reins from his mother, asserting his authority over all the staff working there, an unpopular move considering his record. But when Lyndsey learns the big house is in financial trouble, she decides to help him despite being repelled by the heinous crime he was convicted of doing. Yet even despite this, something draws her to him, although she tries to convince herself it is purely a physical attraction. But is it?

What listeners say about Proven Guilty!

Listened to this audiobook by Doro Jillings in one go so the story kept me intrigued. A really easy way to spend a lovely sunny afternoon.

There is a bit of mystery in this book and it is resolved at the end. I wish we got to see vicotria's reaction and others when they were told the news. I would have liked for some people in the book to eat humble pie after the way they treated him.
Lyndsey had me confused at times. She would say and think one thing then go and do another. However, this shows us that she is human. Once she come to Greystone manor she gets more involved in the church. This is where she starts to practice her faith. This character compared to some of the authors other characters in other books that I have read are not like Lyndsey, in that she is a practicing Christain who has to deal with difficult situations. And in this book Lyndsey struggles a little.
This is a clean read with no profanity or sexual content with some mild violence.