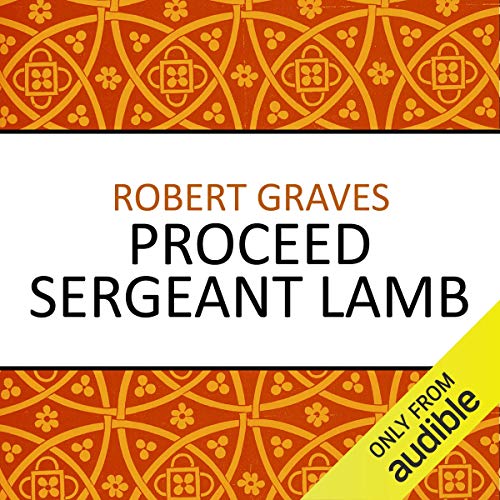 By: Robert Graves
Narrated by: Sean Barrett
Try for £0.00

The sequel to Sergeant Lamb of the Ninth. As British soldiers fought their own deserting countrymen and rebel Americans came face-to-face with faithful citizens, the American War of Independence proved to be the ultimate test of loyalty. Perhaps never more so than for Sergeant Lamb: a man who, having escaped imprisonment to return to his own lines, found his mistress and daughter had changed their allegiance to Lord Cornwallis, Lamb's commanding officer.

Robert von Ranke Graves (24 July 1895 – 7 December 1985) was an English poet and novelist, scholar, translator and writer of antiquity, specialising in Classical Greece and Rome. During his long life he produced more than 140 works. Graves's translations and innovative analysis and interpretations of the Greek myths, the memoir of his early life, Good-bye to All That, and his speculative study of poetic inspiration, The White Goddess, have never been out of print. Graves earned his living by writing popular historical novels, including I, Claudius (for which he was awarded the James Tait Black Memorial Prize), King Jesus, The Golden Fleece and Count Belisarius. He was elected Professor of Poetry at Oxford in 1961 and made an honorary fellow of St John’s College, Oxford, in 1971.

'Among the most generous, self-willed, unseemly and brilliant writers of our century.' (New York Times)