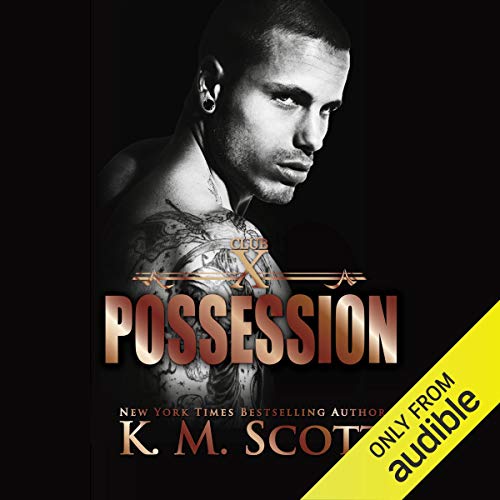 Get the First Three Club X Books - Temptation, Surrender, and Possession - and Be Ready When the Final Novel of the Club X Series - Satisfaction - Is Released on July 14, 2015.

Kane Jackson, the ruler of the fantasy section of Club X, has always been different from his brothers. The bastard son of Cassian March III, he grew up without the money and privilege Cassian and Stefan enjoyed from the March name, instead knowing his father only as the man who abandoned him and seeing himself as unloved and unwanted. He let love in once and, like everything else in his life, all that came from it was pain. With his heart hidden behind the walls he's built since then, Kane is now just the dark figure who rules over the fantasies of others but has none himself.

Abbi Linde can't seem to get a break. Too many bad men and bad choices have left her bruised and broken, but the opportunity to dance at Club X could change everything. For the first time, she might be able to make a life for herself and find the happiness she longs for. After what feels like a lifetime of heartbreak, Abbi still believes one day her dreams will come true, and she'll find the love that's eluded her. Even the darkest heart craves the light, but will the darkness be too much for love to overcome with these two souls?

And don't miss the new K. M. Scott release, the Sexy Silk serial! Ian's a sexy, dirty-talking author and former addict searching for his next addiction. Kristina's a young actress who wants a man who lives only for her. Together their needs explode into something darker and more powerful than either of them planned on. Get the Silk serial and become addicted to their story!

What listeners say about Possession

I was very frustrated with this book as I could not believe that a mother could do something so horrible to tell a child that they were born to be bad , and I thought his brothers could have helped him more

I loved the whole series

Would you listen to Possession again? Why?

I have already listened to this book twice. I really loved the characters, and their storylines.

Kane was my favorite character. He was a mysterious bad boy. I believe the narrator Blake made Kane's character so interesting and sexy.

Have you listened to any of Blake Richard and Lillian Claire ’s other performances before? How does this one compare?

I am looking for more performances by Blake Richard. Seeing him would probably be the deciding factor if I was trying to make up my mind whether to buy a book or not.

I really enjoyed all 4 books in this series. Also all the story lines

This series is so addictive. You get so sucked into the characters and their stories. This third book was about Kane Jackson, Cash and Stefan March’s half brother, and Abby a serially abused girl. Kane saw her pain the first time they met when she interviewed for a job at Club X. Apparently hurt recognizes hurt.
As much as Kane tried to stay away from her, he couldn’t. But their relationship wasn’t as easy one due to her ability to attract trouble and his inner demons.
This was an unbelievably heart-wrenching story of love and pain and trust. And good Lord, the ending... but no spoilers. You have to get this book!

Kane was not strong, dark, and intimidating as portrayed in book one.
Too soft in this one.

I was excited for Kane's story, the hot bad boy. It wasn't disappointing, GREAT READ!!!!

I still didn't really care for the narration; although out of the 3 books these were the best of the narrators. K.M. Scott always gives a great story she's always one of my favorites.

This one was only so-so for me

It just wasn't my favourite. I felt the back and forth between Kane and Abby got very tedious very quickly.

Would you be willing to try another book from K. M. Scott? Why or why not?

Yes, I have liked other things she has written, just this was not a winner.

Have you listened to any of Blake Richard and Lillian Claire ’s other performances before? How does this one compare?

This was a first for both. The performance was nothing to write home about.

Did Possession inspire you to do anything?