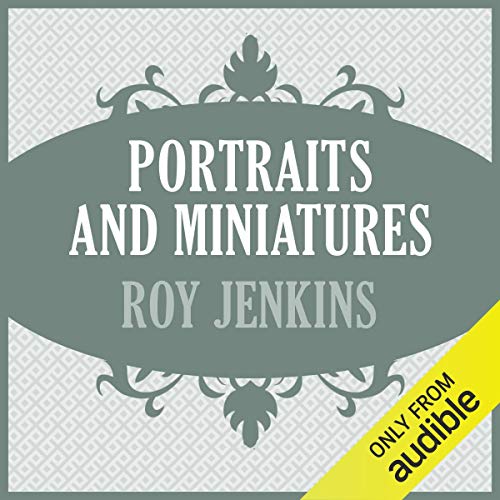 In Portraits and Miniatures, Roy Jenkins brings his penetrating intelligence and elegant prose to subjects ranging from literature and political history to wine and croquet. Long experience in both Houses of Parliament and as President of the European Commission has given him unparalleled insight into political figures such as R. A. Butler, Aneurin Bevan, Konrad Adenauer, and de Gaulle. A varied selection of essays, Portraits and Miniatures is fascinating, witty, and endlessly entertaining.

Elected to Parliament as a Labour member in 1948, Jenkins (1920- 2003) served in several major posts in Harold Wilson's First Government and as Home Secretary from 1965-1967. In 1987, Jenkins was elected to succeed Harold Macmillan as Chancellor of the University of Oxford following the latter's death, a position he held until his death. Jenkins grew to political maturity during the twilight of a great age of British parliamentary democracy. As much as Churchill, though in quite a different way, Jenkins has been from the cradle a creature of the system that nurtured Palmerston and Disraeli, Gladstone, Asquith and Lloyd George.

This is not a particularly enlightening book and Jenkins has, as he is well known, a pompous styleOf writing. However, the real problem is that the narrator manages to miss pronounce names and place names at every opportunity, which is incredibly irritating. Added to which, his delivery is the opposite of fluentWhere it would benefit from being conversation. I can’t believe the narrator or the editor didn’t make some effort to check up on pronunciation.

Would you try another book from Roy Jenkins and/or Tom Lionetti-Maguire?
I admire this author who is well served by his other Audible titles.

What did you like best about this story?
A wide variety of essay pieces drawn from personal experience.

Who would you have cast as narrator instead of Tom Lionetti-Maguire?
Any other British accented narrator would have done a better job than this.

Any additional comments?
This production is seriously marred by an amateurish narrating performance.