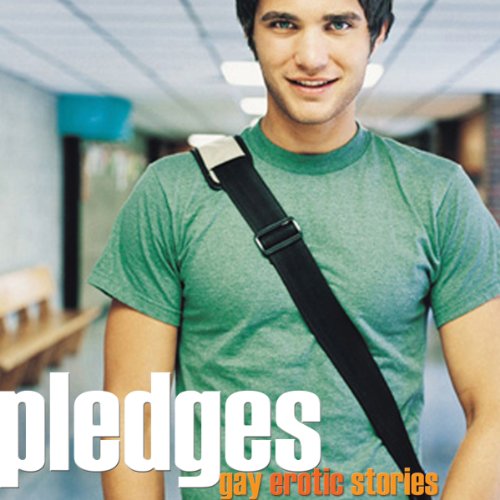 By: Shane Allison
Narrated by: Drake Stone
Try for £0.00

Wrestling at the frat house, toga parties, plenty of pledge paddlings, and initiations of the sexy kind will have every man on campus lined up to join the fraternity of beautiful men who know how to have fun, especially with each other! Shane Allison, recipient of the Gaybie Award for his fine fiction in College Boys returns to the campus for another arousing adventure featuring hunky undergrads getting it on.

Ryan Field shows us that pledge sex is the best sex in "It's Not Hazing, It's Brotherhood." Hot, sweaty sex ensues between a pledge and his handsome professor in Heidi Champa's "Caught Red Handed." There's some major heat to the seat action going on in Logan Zachary's "Spank You, Sir, Could I Have Another?" The lines of gay and straight get blurred in Pepper Espinoza's, "On Restriction." Barry Lowe has got something for the most loyal of butt connoisseur in "Spin the Bottom." Two young pledges are put through a series of seedy challenges in Eric Del Carlo's "Pecking Order." Gregory Norris amazes with "Heaven Week." Michael Bracken proves that you have to "give" some head to get ahead in "What a Rush."

What listeners say about Pledges