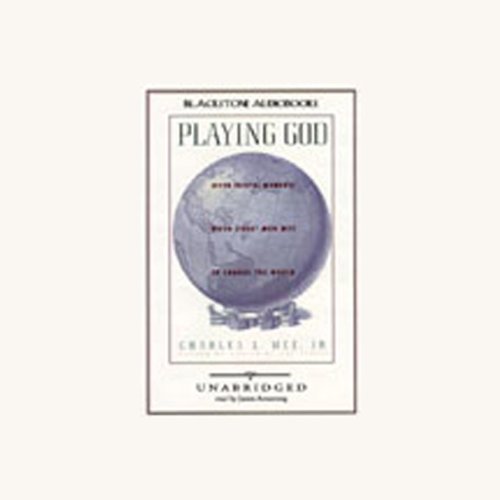 Throughout time, leaders at the pinnacle of power - popes and kings, presidents and prime ministers, czars and generals - have subscribed to the belief that they can change the course of history, not by the force of arms, but through charm, skillful negotiation, honesty, deceit, and all the other arts of peaceful human exchange. Charles Mee, Jr. reproduces seven singular moments when heads of state have come together to decide the future of the world. He examines the uses of summitry, from the directness of Pope Leo's confrontation with Attila the Hun near Rome to Henry VIII and Francis I's meeting on the Field of the Cloth of Gold; from the surprise encounter between Cortes and Montezuma to the intricacies negotiated by Metternich and Talleyrand at the Congress of Vienna; from the ironies of Wilson, Clemenceau and Lloyd George's summit at the Paris Peace Conference to the unintended consequences of Churchill, Stalin and Roosevelt's gathering at Yalta; and finally to Gorbachev's desperate appeal to the G7 nations in London to be included in their powerful club. Mee peeks through the curtains of diplomacy to reveal the hidden agendas and the glorious personalities at work. Taken together, these seven fateful moments are bracing and humbling reminders of the enormous complexity and mystery of human affairs.
©1993 by Charles L. Mee, Jr. (P)1997 by Blackstone Audiobooks

What listeners say about Playing God

interesting book - the audio quality is so poor it's below AM radio quality. Avoid!

I have just started listening to this book and am very suprised by the incredibly poor sound quality. It sounds as if it was done on an old cassette recorder. This makes listeing it it very distracting. I'm going to keep listening to see if the content overcomes the lack of quality, but if this might be an issue for you, make sure you listen to the sample before you buy it -- I wish I had!

I am not sure about this book...

I can't comment on the content of this book because the recording quality was SO poor that I never even made it through the first hour! I was very disappointed to waste a credit on this title, and I would encourage you not to make the same mistake.

To be blunt... the audio quality makes the listening of the book... sound like a cassette player just as it's running out of juice... to the point that one starts to tune it out... whether the book is any good, didn't stick around to find out...

Overall a good book, but the worst audio quality I have ever experienced from Audible. There were points where I thought I was listning to a badly warped LP record that kept bouncing the needle backwards. A little editing would have shortened the book by at least an hour. Also, there were times when the audio quality was so bad that listning in my car was difficult due to depressed high frequency response. As I said, a good book but listning was not as pleasureable as it should have been.

This book has a few great moments that make plodding through the rest barely worth it. The sound quality is very poor, and the work of a pretty good reader is diminished by poor editing.

In terms of content, this is a great buy. Interesting and well told stories, and the narrator is fine.

However, there are many many repeated sections and this is annoying and distracting.