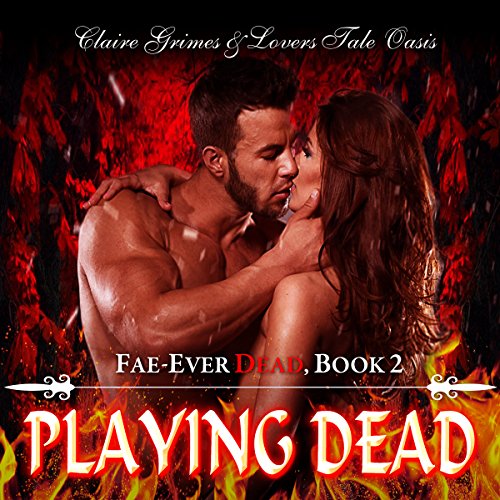 It's been two months since Zoey Mayfair lost everything - including her life - but she finally seems to be getting the hang of this whole being dead thing. Free-spirited reaper Violet has been showing her just how glamorous the life of a reaper can be, and things seem to be going well with her completely normal human boyfriend Maurice.

Everything changes when Zoey reaps the soul of what seems to be a vampire attack in a city where hunting to kill is against vampire law. As Zoey investigates further, she finds herself in the crosshairs of a dangerous rogue who seems as though she'll stop it nothing until Zoey is dead. Forced to team up with the sexy nightmare faerie Remy, Zoey will have to descend into a vampire underworld to protect not only herself, but everyone else she holds dear.

If you love urban fantasy romance with sexy vampires who love their Fae women then this wonderful romantic tale is right up your alley.

What listeners say about Playing Dead