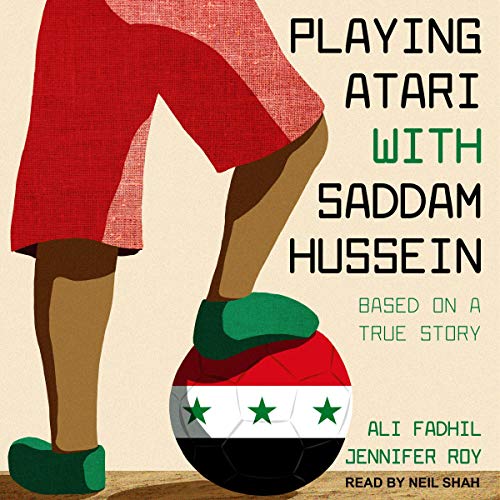 At the start of 1991, 11-year-old Ali Fadhil was consumed by his love for soccer, video games, and American television shows. Then, on January 17, Iraq's dictator, Saddam Hussein, went to war with 34 nations led by the United States.

Over the next 43 days, Ali and his family survived bombings, food shortages, and constant fear. Ali and his brothers played soccer on the abandoned streets of their Basra neighborhood, wondering when or if their medic father would return from the war front. Cinematic, accessible, and timely, this is the story of one ordinary kid's view of life during war.

What listeners say about Playing Atari with Saddam Hussein

With its twists and turns and ups and downs anyone is sure to enjoy this book. I really recommend this book to people who enjoy history like me! One little thing as a 12 year old reading this, I think it has some concepts not really appropriate for children. Those concepts being war and death but if we disregard that this book is just amazing.