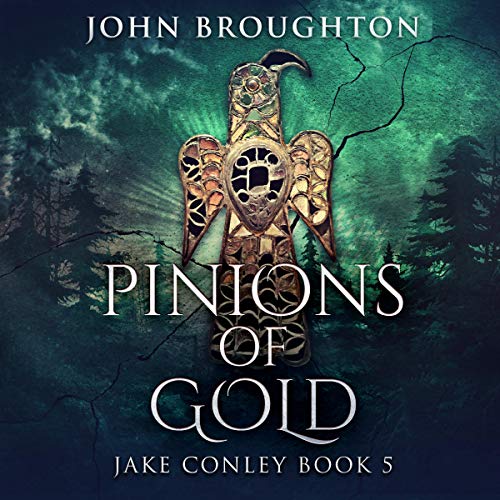 AD 674. Werburgh, great-niece of the Abbess of Ely, travels by night to save the abbey's treasure under a wayside cross in the kingdom of Lindsey.

A cryptic inscription on the back indicates the location of the magnificent gold and garnet treasure. Becoming a family heirloom, the dove resurfaces at different points in history, only to be buried again.

Later, in the 1930s, a ghost of a family member appears, sparking off an investigation by psychic investigator Jake Conley, who is called in to solve the mystery. Together with his wife, he sets off on search for the legendary treasure and a trail of deaths that seems to be following it.

With their lives in danger as they draw ever closer to the archaeological find of the century, can they outwit hired killers and other ruthless individuals in the race to save the treasure for the nation?

What listeners say about Pinions of Gold