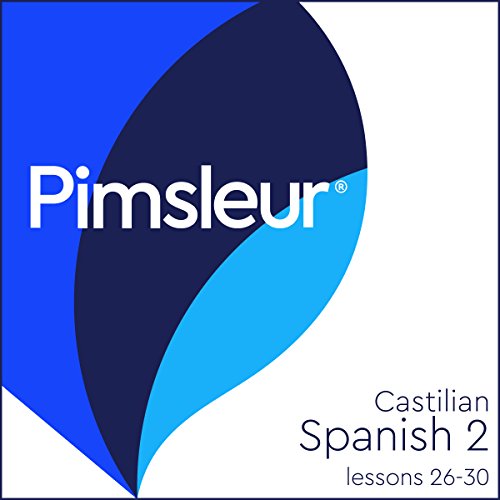 Can learning Castilian Spanish be as easy as speaking your own? Yes, with Pimsleur it’s that easy. Learn on your own time, at your own pace, and wherever you choose.

This course includes Lesson 26-30 from the Castilian Spanish Level 2 program featuring almost four hours of language instruction. Each lesson provides 30 minutes of spoken language practice, with an introductory conversation and new vocabulary and structures. Detailed instructions enable you to understand and participate in the conversation. Practice for vocabulary introduced in previous lessons is included in each lesson. The emphasis is on pronunciation and comprehension and on learning to speak Castilian Spanish.

Reading lessons are included at the end of lesson 30 to provide you with practice reading Castilian Spanish. These lessons, which total about 80 minutes, are designed to teach you to sound out words and sentences with correct pronunciation and accent, plus introduce you to new vocabulary. A reading booklet to be used with the audio lessons is included.